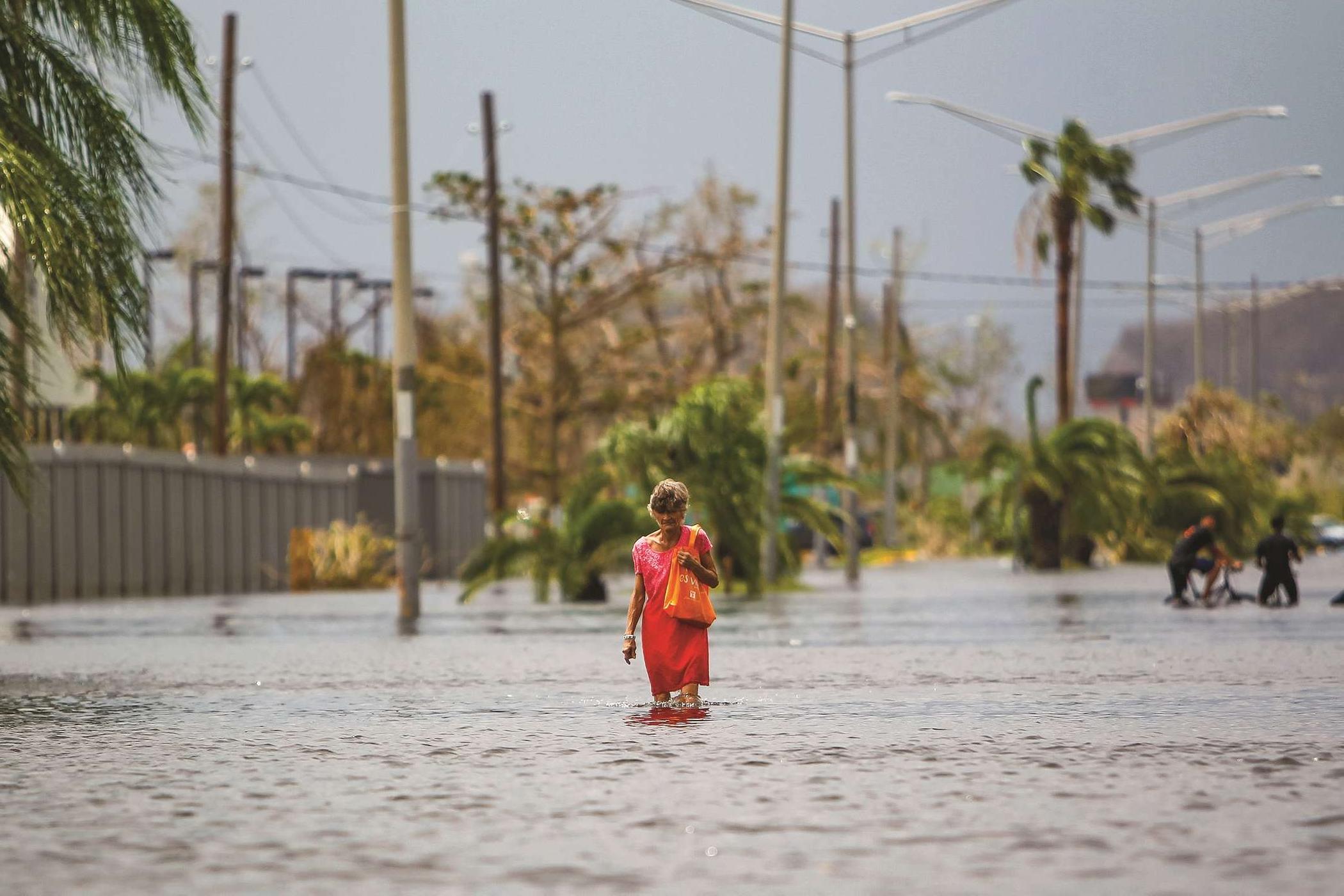 “A retreat is the exact opposite of what we’re doing,” said Michael Dorf, CEO and founder of City Winery who is in the midst of planning his company’s 8th annual company offsite, which he calls “basecamp.” He added, “We’re doing anything but retreating – we’re going forward. This is not just about team building.”

Indeed. Rather than playing trust games in a Ramada Inn conference room, on Jan. 29 Dorf will lead 125 City Winery staffers from his five winery-restaurant-music venues (plus his two other non-music establishments) to the middle of storm-ravaged Puerto Rico. This after Hurricane Maria last September wreaked an estimated $90 billion in property damage and in reduced economic output, according to Moody’s.

As a practitioner of “tikkun olam,” the Jewish concept of “healing the world,” Dorf has regularly done his part, including hosting charitable events at New York’s Knitting Factory, the famed underground music space he founded in 1987 on East Houston Street and ran until 2003. For the last 15 years he’s put on Carnegie Hall tributes to iconic musicians raising some $1.5 million for music education. (This year’s fundraiser on March 7 pays tribute to Led Zeppelin with Betty LaVette, J. Mascis, O.A.R and others performing.)

Dorf, 55, had initially settled on New Orleans for this year’s basecamp and was in contact with a Habitat for Humanity organization before devastating hurricanes hit Houston, the Caribbean and Florida. 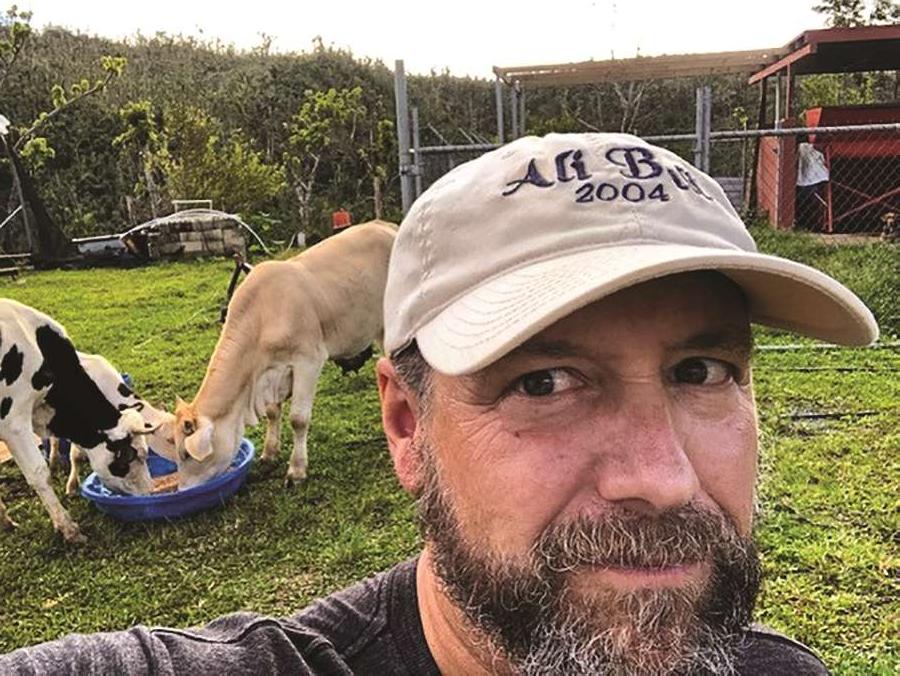 Courtesy Michael Dorf – City Winery founder and CEO Michael Dorf at one of the farms as part of a two-day planning excursion in January.

“Seeing our fearless President Trump throw paper towels into a crowd of desperate Puerto Ricans was one of the things that most inspired me to have it in Puerto Rico,” Dorf said. “The difference between the support going to Puerto Rico versus Florida, Texas and other States as well as in Napa became the ultimate catalyst and made us commit to helping Puerto Rico.”

A chance encounter with chef Juan Jose (“JJ”) Cuevas of Restaurant 1919 of San Juan’s Condado Vanderbilt Hotel at a fundraiser for Regrow Puerto Rico – an organization dedicated to supporting the island’s damaged agriculture industry – provided Dorf a source with first-hand knowledge of the crisis in Puerto Rico and a partner in altruism.

“It looked like a war zone,” Dorf recalled of his first trip to Puerto Rico with Cuevas in early December. “Every other lamp post was on the ground, 70 percent of the big palm trees were down with root systems turning up the concrete – and that was in the nicest part of San Juan. The island is devastated.”

An hour-and-a-half south of San Juan, Dorf met with farmers who reinforced his perceptions while explaining the manifold challenges they face, including destroyed crops, structural damage, a lack of electricity and something he hadn’t necessarily expected to hear: A need for “joy.”

Knowing of his ties to music, the farmers asked Dorf if he could help put on a fiesta. Hence, Dorf’s Mickey Rooney/Judy Garland-like plan to “put on a show,” which will include a feast by City Winery and Restaurant 1919’s culinary teams as well as a performance with a permanent stage built by the basecampers, which, along with the musical equipment, will be left behind for the local community.

For the show, Dorf recruited John Rodriguez Jr, an acclaimed Latin music percussionist who began playing with the legendary Tito Puente as a teen in the early 1960s. He would go on to play with other luminaries including Tito Rodriguez and Ray Barretto.

Courtesy Michael Dorf – The electricity is still down on the farms with estimates of six months before it will be restored.

One of the first companies offering to donate their services was Meyer Sound, which is donating a sound system. American Airlines, which flies to San Juan, has also joined the cause.

Dorf’s overall plan for this year’s basecamp includes physical labor, with his team working four different farms planting or repairing structures; donations of needed items like ground coffee, shovels, extension cords, dehydrated milk, diapers, and more; and fundraising. City Winery has spearheaded a donation campaign with a goal of raising over $250,000 in donations.

Part of what’s allowed Dorf to mount his charitable undertaking is City Winery’s success. The venue/winery/restaurant concept was founded in 2008 on Manhattan’s lower west side and has since expanded to Chicago, Nashville, Atlanta and Boston (which opened two months ago) along with two other non-music venues in New York and Chicago.

City Winery will open its sixth outpost in Washington, D.C.’s Union Market area this spring. The entrepreneur says he is closing in on a location in Toronto and has his sights set on Denver, Philadelphia, Los Angeles and “three cities in Texas” for subsequent openings. And, he adds, “London has been calling – literally and figuratively.”

Though Dorf declines to offer his latest revenues, he says last year was his best year ever. A report from 2015 put the company’s yearly haul at $55 million. His business, he says, now has nearly a thousand employees. 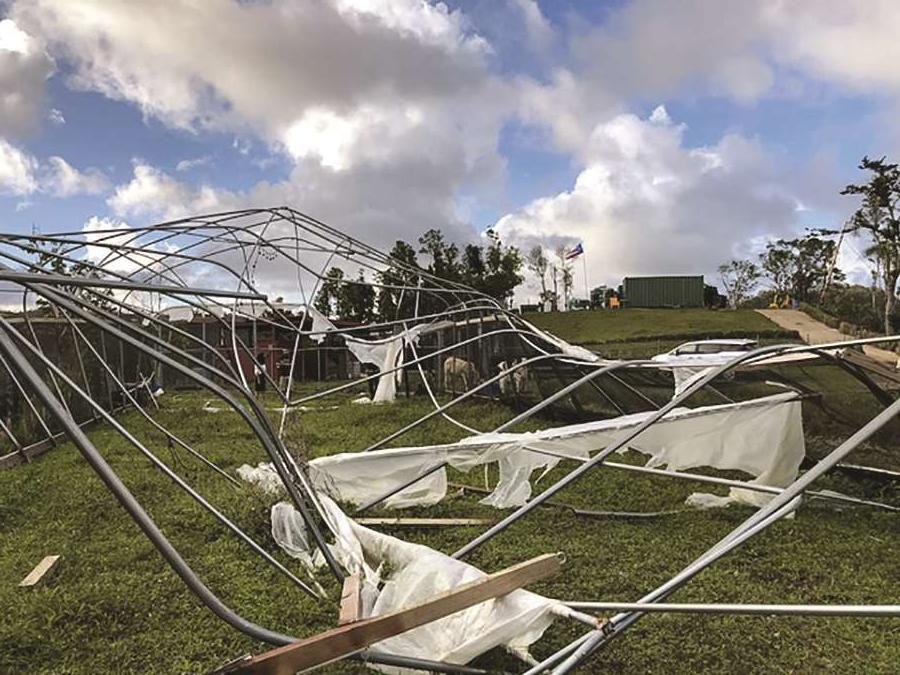 Courtesy Michael Dorf – A destroyed greenhouse is seen on one of the farms City Winery employees will help rebuild.

All of which comes back to Dorf’s rationale for heading down to Puerto Rico. “Why shouldn’t a business like ours, which has been so fortunate over the years, one that relies on agriculture – grapes for our wine and products for our kitchen – not become a responder to fellow American citizens who have been hit harder than any this horrific hurricane season,” he asked. “We need to do more than just throw paper towels.”