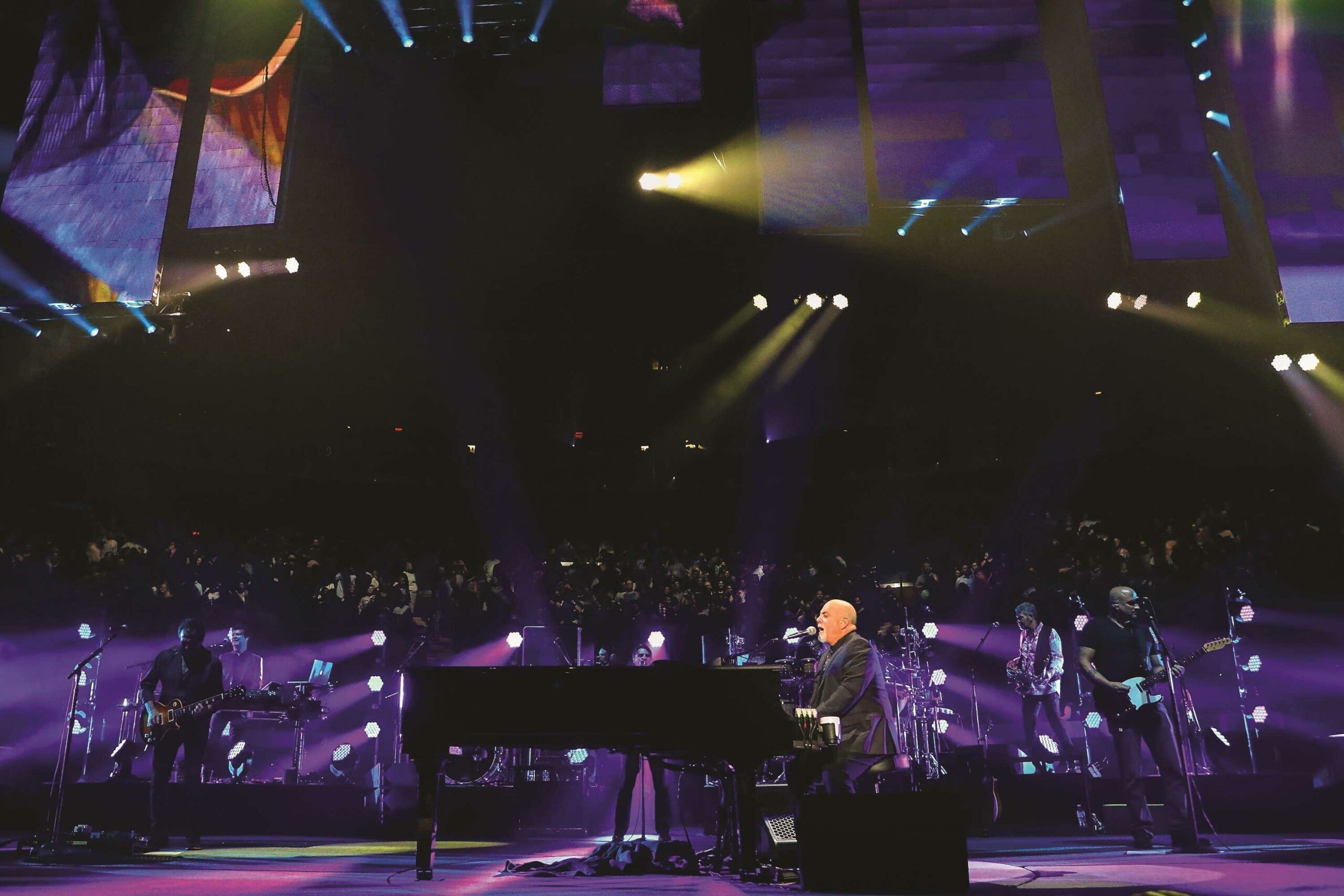 Taylor Hill / Wireimage – Billy Joel
at Madison Square Garden, where the piano man has his own monthly residency, Aug. 28.

Billy Joel makes a HOT SHOT entrance on LIVE75 with a debut at No. 1 based on a 24,572-ticket average from three performances. Most of the strength of his top-ranked finish comes from a sold-out concert at Boston’s Fenway Park.

The Sept. 14 event marked the entertainer’s sixth consecutive year playing for a sellout crowd at the historic home of the Boston Red Sox.
At this year’s performance, Joel surpassed his own gross record at the ballpark and topped $5 million for the first time.
Likewise, he also set a new personal best in attendance at Fenway, drawing a crowd of 36,500 – just 45 more than at last year’s concert. Since his first show at the venue in June 2014, his overall earnings there reach $26 million from a total of 217,732 sold tickets at six performances.
Along with the Fenway show, two of the dates from Joel’s monthly residency at Madison Square Garden in New York City also fall in the time frame for the chart. His shows on Aug. 28 and Sept. 27 add a total of 37,217 sold seats to his ticket count.
Since the beginning of 2019, his year-to-date box office results at the Manhattan arena show a nine-show gross of $22.6 million from 167,156 tickets.
One of the 30 artists debuting on the chart this week is Christina Aguilera, who enters at No. 34. The pop diva scored a ticket average of 3,350 from five September shows of “The Xperience,” her residency at the Zappos Theater at Planet Hollywood in Las Vegas. Performance dates were Sept. 20-21, 24 and 27-28.
She launched the production at the casino’s performance venue on May 31 followed by a string of seven nights from June 1-16. So far, her overall earnings at the Zappos Theater this year are $6.2 million from 41,738 sold tickets at 13 shows. The residency is currently booked into 2020 with more shows scheduled this month and December as well as February and March.
The NOISE MAKER on the chart is comedian/actor Nick Offerman who jumps 14 positions to take the 44th ranking after debuting at No. 58 last week.
His live box office results are international in scope with five shows reported from four venues in the U.K. along with one date in Chicago. The number of purchased tickets averages 1,825 per show.
Offerman’s four-city U.K. tour played Glasgow, Leeds, Manchester and London in August and preceded a fall trek through North American cities that began on Sept. 11 in Appleton, Wis.
The show on Sept. 15 at the Chicago Theatre was the fourth stop stateside on his ongoing “All Rise” tour now booked through mid-December.
Another comedian and actor, Bert Kreischer, nabs the BREAKTHROUGH title in this issue thanks to a 99% sellout average at 11 shows that land on the chart. Among the shows on his schedule were sellouts at San Francisco’s Warfield Theatre and a two-show engagement at the Theatre at Ace Hotel in Los Angeles.
# Bert Kreischer# billy-joel# christina-aguilera# Nick Offerman# Sarah Pittman