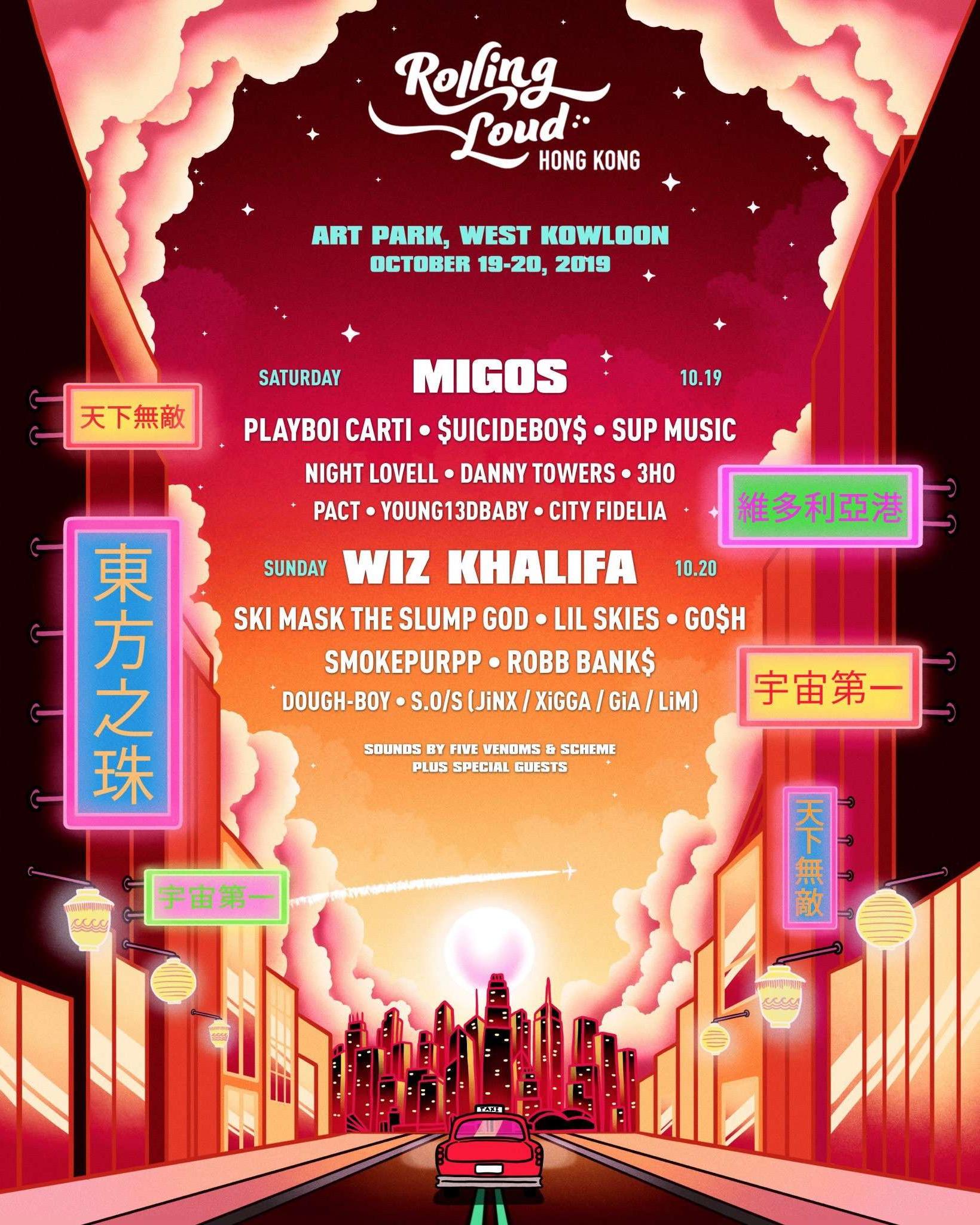 Rolling Loud Hong Kong, the hip-hop festival brand’s first foray into Asia, has been canceled amid security concerns after months of political strife and protests in the city.

“After consulting with security experts, it has been determined that it is not possible to organize the upcoming Rolling Loud Hong Kong edition as we had hoped without endangering the safety and well-being of our fans, artists, and staff,” a statement from Rolling Loud reads. “While we regret having to cancel the festival, this is not a decision that has been taken lightly and we look forward to bringing the Rolling Loud festival experience to Hong Kong in the future to celebrate the city’s rich culture and buzzing hip-hop music scene.”
The statement says full refunds will be given, with inquiries to be made at [email protected] or [email protected]
The event, put on in collaboration with Live Nation Electronic Asia, was to take place at Art Park at West Kowloon Oct. 19-20, featuring Migos, Wiz Khalifa, Playboi Carti, Ski Mask The Slump God and others, including local talent such and up and comers such as 3HO, GO$H, and Young13DBaby.
The Hong Kong protests started in June, disrupting airports and leading to general unrest in response against proposals to allow extradition to mainland China, which critics fear could undermine the city’s judicial independence and endanger dissidents, as helpfully explained by the BBC.
While the extradition bill was withdrawn in September, clashes between demonstrations and police continue, with live bullets fired and protesters attacking officers.
The former British colony of Hong Kong was given back to China in 1997, after which it had more autonomy than mainland China and its people more rights, leading to an arrangement of “one country, two systems.”
The current political situation has caused other concert American promoters and artist managers to hesitate putting on events in Hong Kong, despite demand for Western music.
The Hong Kong cancellation comes as the event held its first New York City edition, outside Citi Field in New York City, which attracted 120,000 fans over the weekend and featured performances from A$AP Rocky, Juice WRLD, Travis Scott, Young Thug, and a reunion performance from local legends Wu-Tang Clan. The event also attracted celebrities including basketball star Kevin Durant and Rihanna. 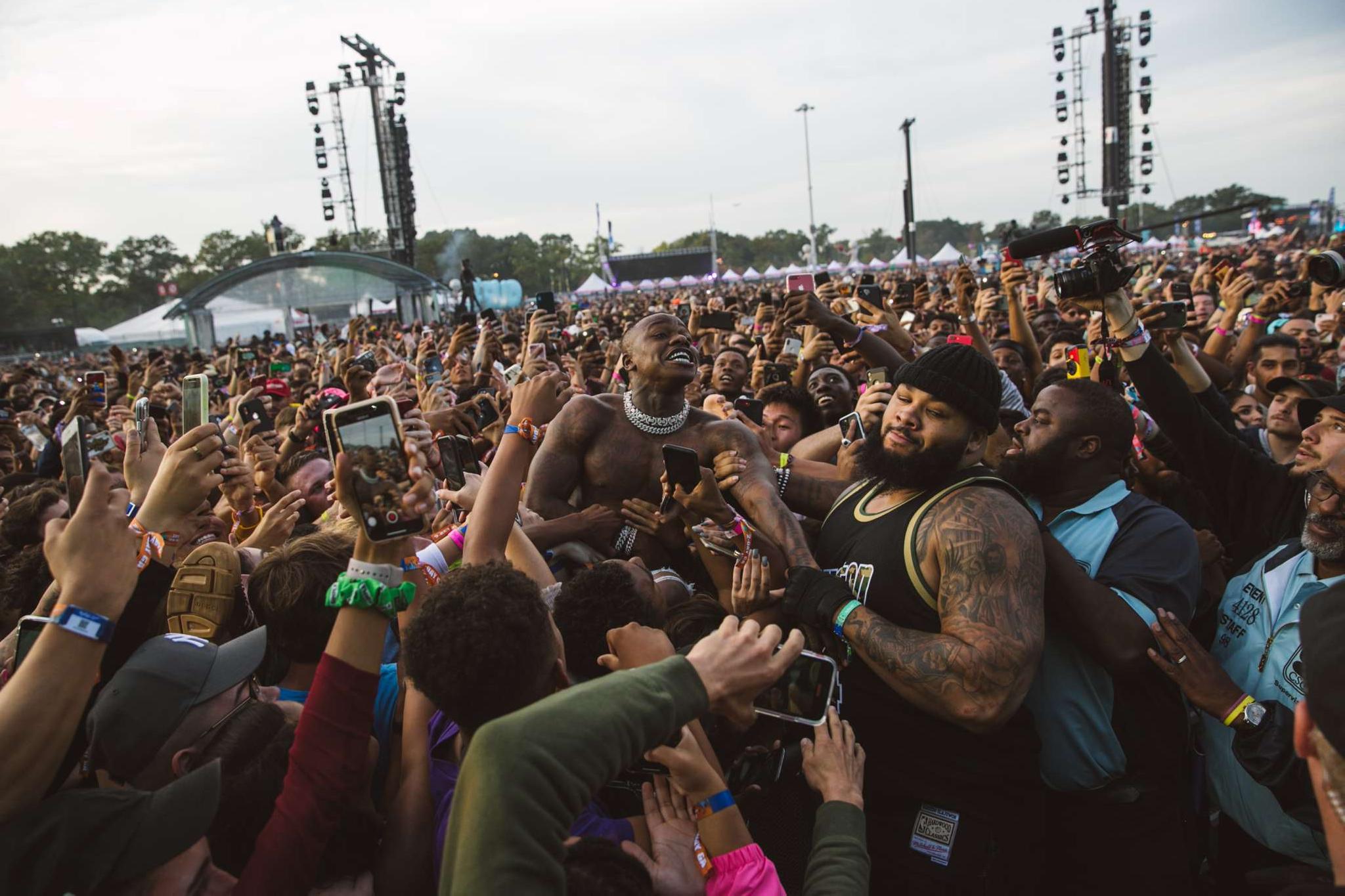 Rolling Loud / Nicolita Bradley @okaynicolita) – Rolling Loud New York
DaBaby joins the crowd at Rolling Loud New York Sunday Oct. 13.
And that comes right after Rolling Loud Bay Area brought 40,000 fans to the Oakland Coliseum grounds over two days Sept. 28-29, featuring Future, Migos, Lil Uzi Vert and East Bay favorite G Eazy.
While Rolling Loud has thrived in the U.S. and expanded to Australia for its first event earlier this year, moving to Europe and Asia has proven challenging, but is still happening according to founders Matt Zingler and Tariq Cherif.
“We are targeting 2020 for Europe, though,” Zingler told Pollstar ahead of the New York event.  “We also just want to come correct. We obviously had the opportunity to scale it down a little bit, but when we do choose a market that has competition like Europe, we really need to come in strong, and that takes time and planning and choosing the right partners.”
He added, “We’re also looking at South America as well.”
# Ryan Borba