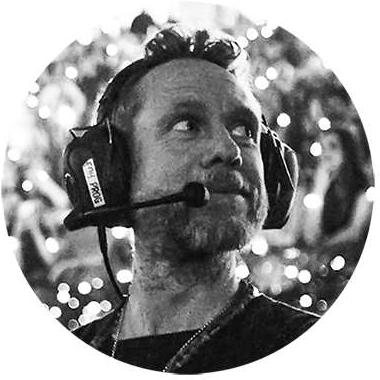 Cez Darke broke into the music industry after moving to a town in England called Henley-on-Thames at age 18 and “a myriad of chance encounters” led him to becoming the housekeeper/personal assistant for Jon Lord of Deep Purple. Lord’s daughter Sara eventually recruited him to be the tour manager for U.K. singer/songwriter Tom Baxter and who Darke traveled with all over the U.K., Ireland and Europe in his “beat-up, old van.” Darke says, “It was a crazy fun, hard working time!”

Now Darke is on the road with “Shawn Mendes: The Tour,” which he calls the best tour he’s worked on.

“It’s simple really, like nearly every situation in life, it’s the people that make it. The squad I’m travelling the world with right now are just a fantastic bunch of humans. I feel very lucky to be working with them all.”

His positive attitude is one of the things that has contributed to his success as a tour manager. “I think the main quality is an ability to see the positives in most situations and to stay calm in high intensity situations,” he says. “As a tour manager there are endless ‘problems’ thrown at you so a certain resilience is key. Patience is also a must!”

As for advice for folks who’d like to follow his career path, Darke says, “Start at the grassroots level, support your local bands and local venues. Helping musicians who are starting out on their journey gives you the most valuable experience. Get in

a van and work your ass off and never ever complain!”