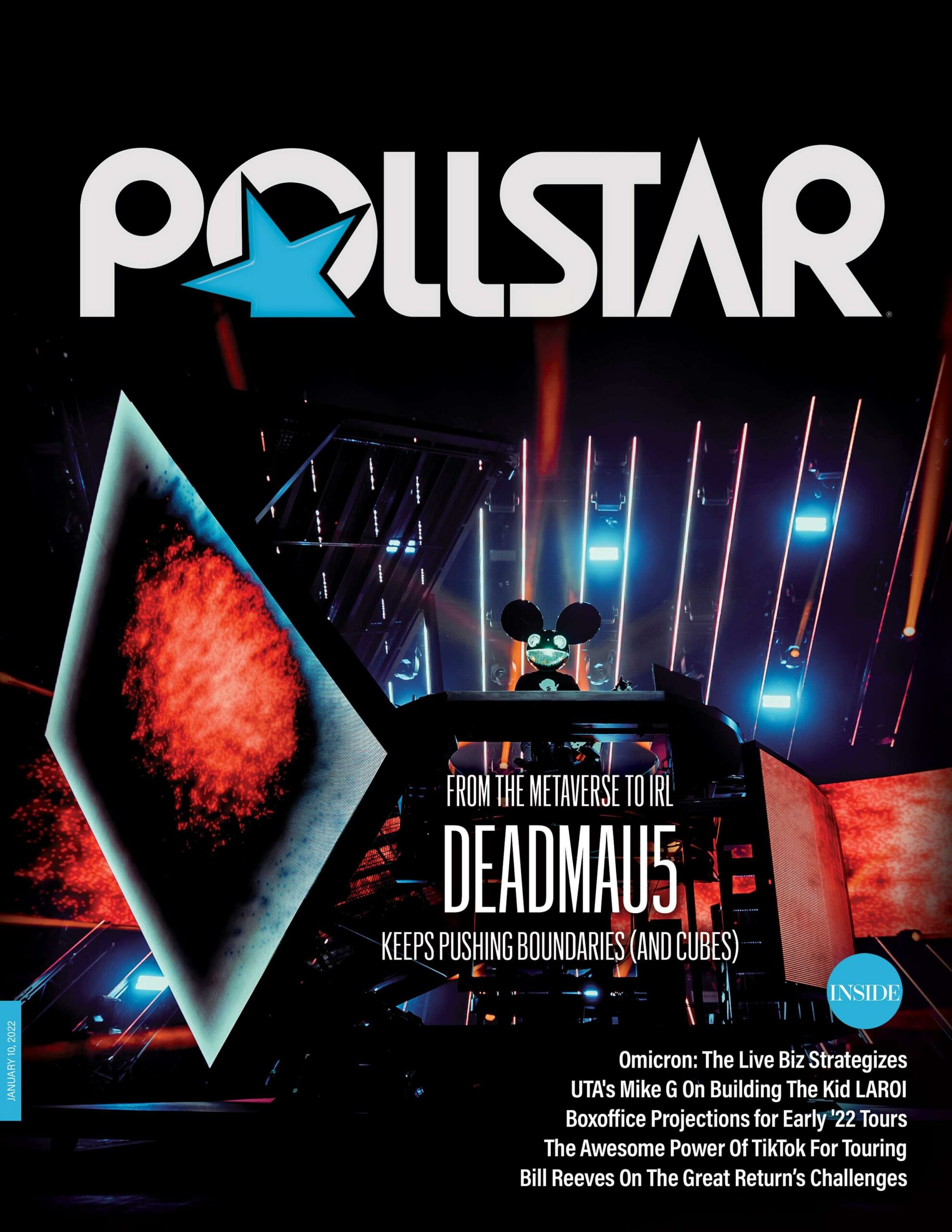 Before COVID-19 reared its ugly head, deadmau5 was already busy exploring new digital frontiers for his fans. While Joel Zimmerman, the man under the deadmau5 helmet, is known widely for his hard-driving electronic production, his advanced stage set-up and his Cube – a rotating structure displaying his show’s visuals – the electronic musician continues to push boundaries. He recently teamed up with Core Games to create Oberhasli, his own digital “metaverse.” As he prepares to go back out on the road, both with a residency and tour, there may be no better artist equipped for the third wave of the pandemic than deadmau5.

“I had some weird notion that things were going to all of a sudden become very online,” Zimmerman told Pollstar. “I started working on my own, just kind of at a leisurely pace because there was no urgency to do that. We were all very happily touring and being out in the world and then midway through that project, a pandemic hit, and I went, ‘Well fuck, this is now a really good time to focus on this kind of shit, wouldn’t we agree?’ We started moving a little harder towards that. My own personal one that I’ve been developing for three years is just always a work in progress. It still is. It probably still will be for the foreseeable year, or maybe six months, it just depends on what happens.”

While Zimmerman experimented with in-game performances and livestreamed events within Oberhasli – his own virtual world in partnership with Core, a free piece of software that allows users to build their own metaverse – and Twitch, where he really wanted to be is on stage in front of a crowd. And for fans, internet chatrooms just don’t carry the same sense of community as in-person events, where fans can make new friends and lifelong memories. At the end of the day, Zimmerman is at his home studio while his audience is spread out in their bedrooms across the world, more connected and isolated than ever.

“How are people at virtual shows communicating? Me and Joel talk about that a lot,” deadmau5’s manager, Dean Wilson, CEO of SEVEN20, told Pollstar. “Is it in the chat function that’s scrolling down the side? God knows how long that Joel goes on Twitch where he’s answering some of the written questions because you can’t have 5,000 people on a computer screen.”

deadmau5’s Oberhasli does manage to provide some way of allowing for fans to communicate during concerts. Those “attending” the show are able to walk around with online avatars and catch a quick set that features deadmau5’s avatar in an animated version of the Cube. Fans are transported to different environments that match the music. 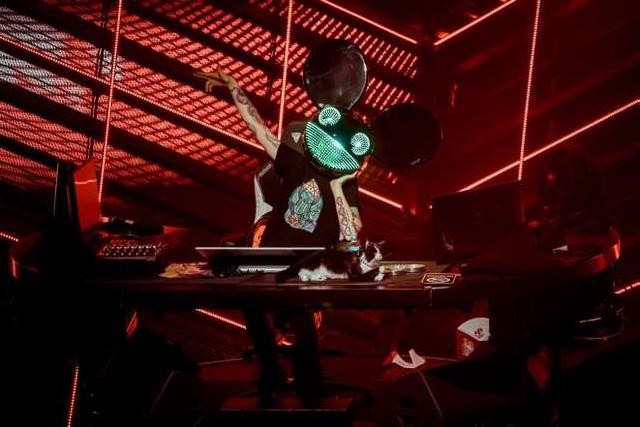 “It’s finding creative ways to make that cohesive and interpretable as you are part of a big social experience,” added Zimmerman, who has a background in programming and animation. “And that’s why virtual events and real events run on different highways going different directions. They’re not one in the same.”

While the experience of virtual and live shows are almost entirely different, the organization of the two different formats remains much the same. Both require Zimmerman to carefully plan out his setlists, and the scheduling of the shows is similar to that which occurs live.

“Believe it or not, on my side as the agent, the navigation and the organizing and the planning isn’t that different than our standard live show,” deadmau5’s booking agent, Kevin Gimble of United Talent Agency, said.

“The questions I ask are different. Under normal booking conversations, what’s the capacity of the venue. What are the logistics? What are the production specs of the stage of the loading? What’s the age limitations? What are the curfew hours when it comes to some of these streaming concerts? Do you need the artist in front of a green screen? Can he record it from his studio? You know, there are some limitations. If it’s a corporate event it’s a slight pivot.”

As Omicron spreads and the live industry begins to yet again conquer further setbacks, the deadmau5 team continues to plot their upcoming summer tour, Cube V3.1, the third iteration of his tech-forward production that first debuted in April 2010 at Coachella. While fans can see what advancements in technology Zimmerman has been able to achieve in virtual spaces over the course of the pandemic, the upcoming show proves how he is continuing to push boundaries in the physical world, as well.

The deadmau5 team has run into similar supply chain and congestion challenges affecting the rest of the live industry when it comes to preparing to get back out on tour, including trucks needing to be reserved far in advance to transport production. Thankfully, production and stage manager Chris Schroeder reserved all four rigs needed to transport Cube V3.1 in early 2020. Constant stops and starts due to new variants and surges have caused the team to now be on version 24 of deadmau5’s upcoming tour in partnership with Live Nation kicking off this summer, with his team all knocking on wood this latest version will be the one that sticks. 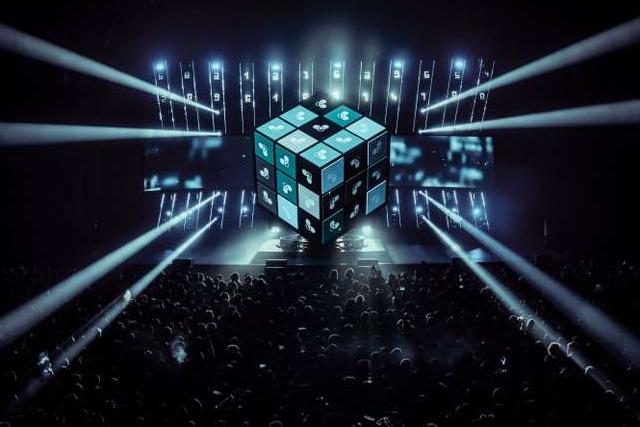 UTA’s Gimble added, “We just had an understanding [that] this is our new normal and we made a tough call at the top of this year to push the Cube tour into 2022. And at the time, we didn’t know what 2021 was gonna look like rather than routing and moving and routing and moving, we made the decision to take ‘20, ‘21 away from the Cube tour and just do headline concerts, festivals and one-offs. So, all in all, in 2021 we made lemonade out of lemons.”

While the live industry has been in the midst of frequent stops and starts over the course of the pandemic, Zimmerman and Schroeder were working on the next iteration of their signature Cube. Along with Wilson, they co-own their own production company, Innovative Event Productions (IEP) allowing for all of deadmau5’s touring to be in-house.

“The good thing about deadmau5 is this show is very self-contained and we built this thing called Cube 2.0 or Cube Light. So the first Cube 2.0 cost millions of dollars,” Dina LaPolt of LaPolt Law and deadmau5’s attorney told Pollstar. “And it’s very expensive to lug around. Shortly before COVID hit, Chris Schroeder, who’s our production manager and our stage manager, had the brilliant idea of ‘Let’s create a Cube Light because we can simply put it up.’ Simply meaning, rather than three days, it can be put up in a day and we can quickly tear it down. It’s a self-contained show with all of Joel’s technology in there. That’s brilliant because for us planning these tours, if they end up getting canceled because of COVID or someone on the tour gets COVID, because they’re so self-contained and there’s not a ton of front costs, we don’t have as much to lose as a lot of other artists.”

deadmau5 had been touring with earlier versions of his Cube prior to when Schroeder was brought on, with one structure weighing 10,000 pounds. Due to the weight of the earlier versions, a large concern for the deaduma5 team was if the Cube would fall through the stage while being built. 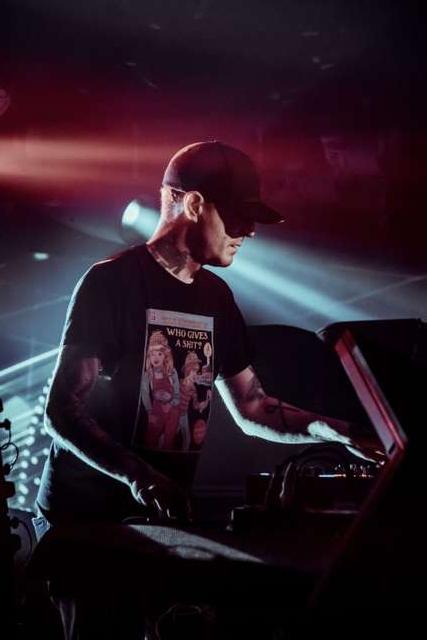 “It took us about a year and a half to come up with Cube 3.1,” Schroeder said. “And it was about a six to eight-month process for Cube Light as well. We actually came up with the Cube that’s going to Zouk, a nightclub in Las Vegas where deadmau5 will soon have a residency, on a whim. We were trying to redesign and refabricate one of Joel’s older Cubes so we could take it on festival sites, and myself and our light designer, Collyns Stenzel, came up with a way to make the same size cube that he had on tour, but get the weight down about half the amount so we could put out a rolling riser and take it to different festivals.”

As the two began to work together, Schroeder came up with ideas to make the structure lighter. Both Cube 3.1, which the deadmau5 team plans to take out on the road next summer, weighs in at 5,000 pounds, with the Resorts World Cube weighing in around 3,500.

Team deadmau5 had aimed to kick off a new residency on Jan. 5 at Resorts World Las Vegas during CES. However, due to the spread of Omicron, the residency opener had to be postponed. The Resorts World Cube will still live in Zouk, with deadmau5 soon announcing a kick-off date.

Both Cube 3.1 and the Resorts World Cube take around six hours to build, and the same length of time to tear apart. While the shows themselves will vary depending on what music deadmau5 is playing on stage, the biggest difference between those catching shows on the road and those heading to Las Vegas is Cube V3.1 sees Zimmerman standing inside of the structure.

For two decades, the 41-year-old musician has steadily built an impressive live career. According to Pollstar Boxoffice reports, deadmau5 has an average gross of $195K per report over the course of 217 shows dating back to 2008. His recent grosses include $449,593 during four nights at the House of Blues Boston in January 2020, and in Dec. 2019, deadmau5’s Cube V3 tour grossed a whopping $918,410 during two nights at the Bill Graham Civic Auditorium in San Francisco. 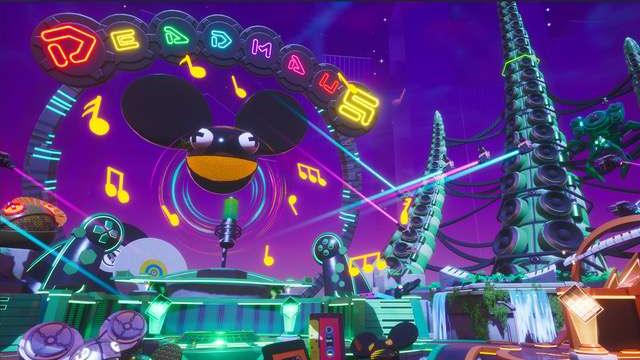 Featuring tracks from his 2018 studio album Where’s The Drop and its subsequent remix album, Here’s The Drop alongside fan-favorites such as “Arguru” and “Raise Your Weapon” with Lights, Cube 3.0 debuted a semi-transparent look that could change position from 90 degrees into 45 degrees, and rotate 360 degrees. With visuals that alternated between celestial and satanic imagery as well as turning to show Zimmerman himself, the large structure stands at the forefront of every deadmau5 show. And while the pandemic put the live industry on hold, deadmau5 still managed to hit the road with drive-in shows.

deadmau5’s signature has been to push the boundaries of technology, with Oberhasli and Cube V3.1 just the tip of the iceberg. Zimmerman has also been experimenting with NFTs (see sidebar here) and blockchain technologies by releasing songs, and even show tickets, as NFTs.

He also owns three labels, his main label mau5trap, the 2021-established house label hau5trap, and beathau5, which specializes in music licensed exclusively for film, TV, advertisements and digital media. On top of all that, deadmau5 has a new studio album set to arrive sometime later this year.

As Zimmerman and the rest of the deadmau5 team look ahead to Cube V3.1, they share that the upcoming tour will build on 2020’s Cube V3 with new music, new content, new visuals, and upgrades. For those at home, Zimmerman also hopes to be able to provide some way to meld the upcoming shows with virtual streams.