The Las Vegas Metropolitan Police Department have updated the death toll from the mass shooting that took place at last night’s (Oct. 1) Route 91 Harvest Music Festival to 50 fatalities and over 400 inured. Additionally, two on-duty LVMPD officers were injured during the shooting, one is in stable condition after surgery and the other sustained minor injuries.

Stephen Paddock, the lone suspect, is a 64-year-old resident of Mesquite, Nev. and was killed after a SWAT team burst into his Mandalay Bay Hotel room from which he was firing into the crowd.

“We experienced an active situation at approximately 10:08 p.m. this evening, we had calls come in to dispatch of shots being fired from Mandalay Bay toward the Route 91 concert that was taking place to the east side of Las Vegas Boulevard,” Clark Country Sheriff Joe Lombardo said in a press briefing. “We determined there was a shooter on the 32nd floor of the Mandalay Bay. Officers responded to that location and engaged the suspect at that location. He is dead. He is a local resident.” 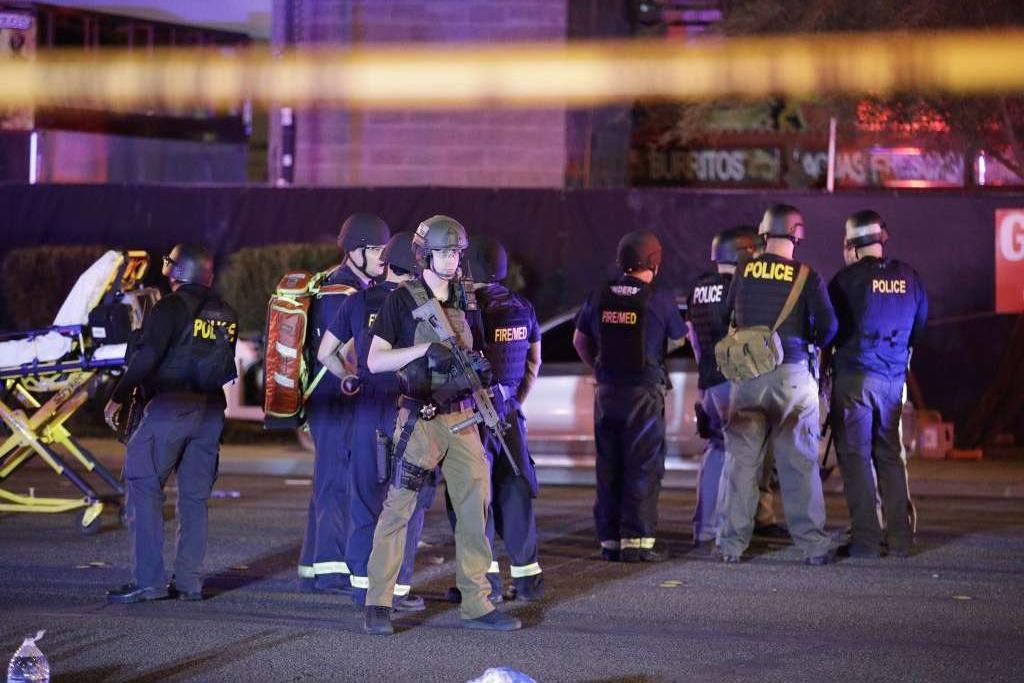 John Locher/AP – Tragedy At Festival
Police officers and medical personnel stand at the scene of a shooting near the Mandalay Bay resort and casino in Las Vegas.

Lombardo said the suspect was found with an excess of 10 rifles and been at the hotel since at least Sept. 28.

A person of interest has also been apprehended.

The Red Cross is providing information for family members looking to find relatives who may have attended the music festival. The sheriff’s department also requested all video of the shooting that could help with their investigation be brought directly to the Las Vegas Metropolitan Police department headquarters.

The 91 Harvest Music Festival was promoted by Live Nation and featured headliners Jason Aldean, Eric Church and Sam Hunt, Maren Morris, Lee Brice, Jake Own and Big & Rich among others. A second stage featuring up and coming country artists called “Next From Nashville” was sponsored by Sirius XM’s Highway Finds.

The festival took place at Las Vegas Village, a 15-acre entertainment, sports and festival outdoor venue that is part of the MGM Grand Las Vegas complex located at 3901 South Las Vegas Blvd at the south end of the Strip. The outdoor venue has a capacity of 25,000. Past events include Daytime Village at iHeartRadio Music Festival, Rock ‘n’ Roll Marathon, and Helldorado Days

While parts of the Las Vegas’ famed strip were closed this evening, the latest police reports indicatedthe Tropicana and Russell Road remain closed but all Hotels are open for traffic except for Mandalay Bay.

Pollstar reached out to the Las Vegas Metropolitan Police Department for further comment but did not hear back at press time. We will continue to update this story as it develops.