“I wonder if anyone’s been named ‘Designated Survivor’ for the music business should a bomb go off,” said one young talent agent surveying the power-packed Barker Hangar at Santa Monica Airport last night (Nov. 2) where indeed many of the music business’ most powerful had gathered to honor one of their own: Red Light Management founder and CEO Coran Capshaw, 2017’s Spirit of Life Award honoree as named by the City of Hope, the prominent cancer research and treatment organization. 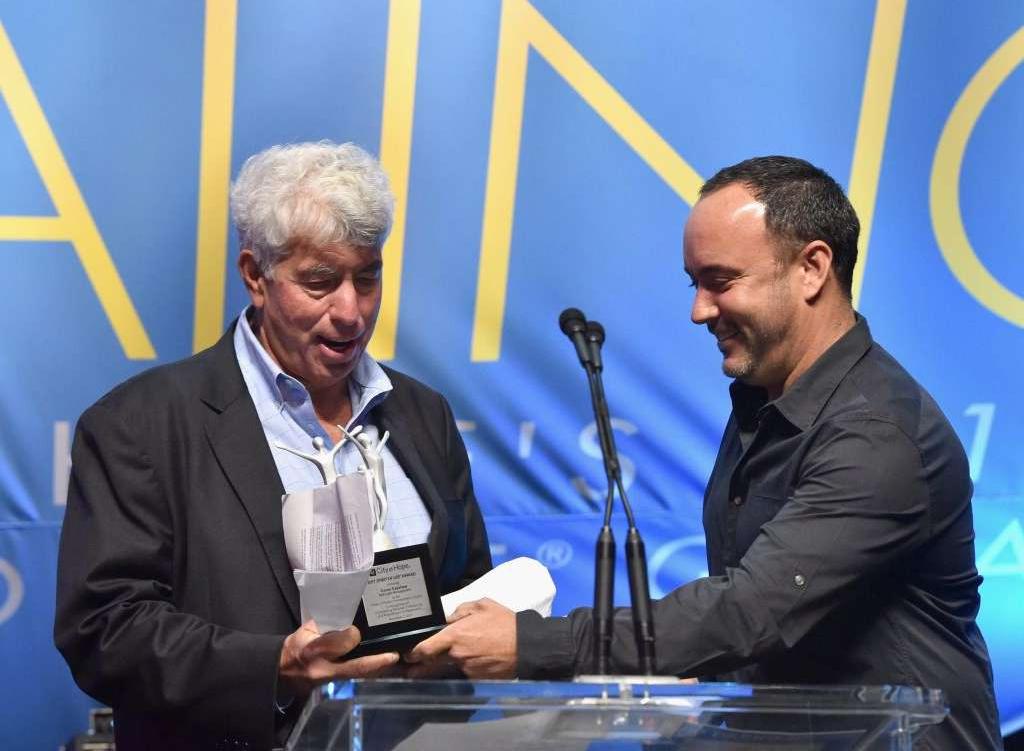 For one evening and a great cause, these mighty music execs put aside differences and competition to eat, drink, schmooze and be merry.

The night’s master of ceremonies, Red Light firecracker Bruce Flohr, kept the formal affair light and informal. He mocked the converted aircraft hanger’s “patio furniture,” pulled out a Coran Capshaw bobblehead doll and introduced the first music performance of the night by folk-tinged female trio Joseph, which played a gorgeous, harmony-filled, three-song set before one of the night’s most poignant moments.

Emily Bennett Taylor, a 33-year-old lung cancer survivor, gave a heartbreaking account of her multi-year battle that ravaged her and very nearly cost her her life. Without City of Hope’s doctors, she very likely would not have survived or been able to raise her twin daughters. 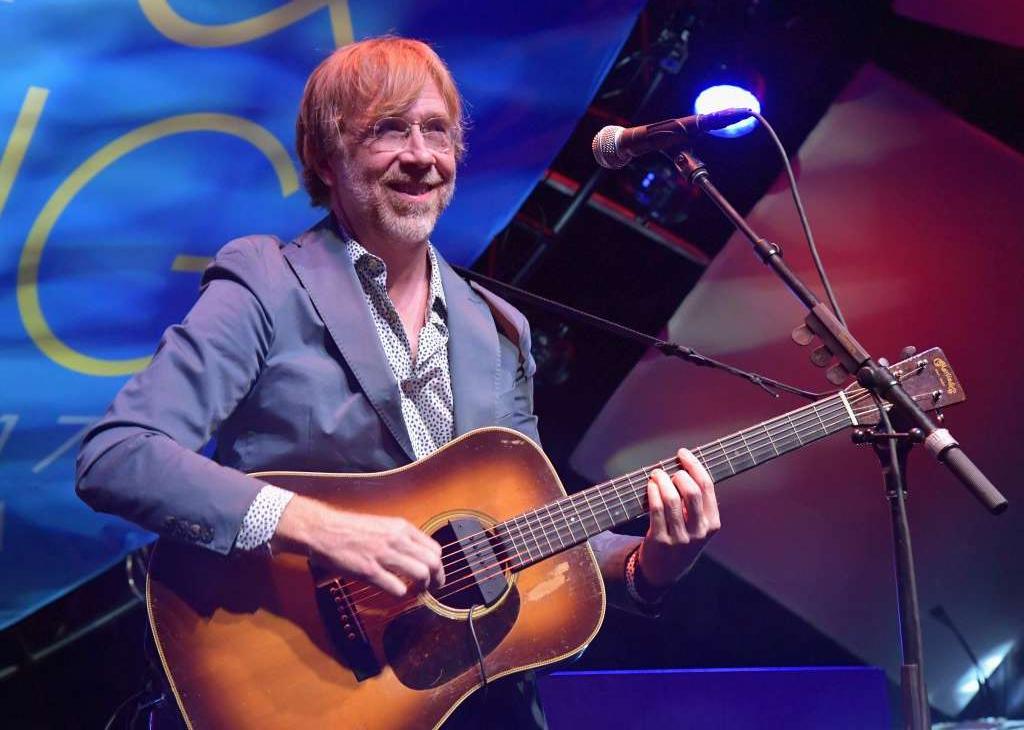 Dave Matthews, whose career is inextricably tied to Capshaw’s, introduced the night’s honoree, who was called the rock star’s “best friend.” Matthews seemed to have trouble wrapping his head around that, but in describing their long client-manager history, it was clear how intimate their relationship is. “When my mother first met him,” Matthews explained, she said “I trust him because he has very sad eyes,” which not for the first time brought the entire house down.

Becoming more serious Matthews noted that Capshaw is “one of the few people that if he says something, it’s true as it can be.” The rock star also noted that as soon as the duo soon began making money they started giving to worthy causes because it felt good to “help fellow human beings.”

Indeed, before the ceremony, Capshaw told Pollstar how passionately he believes in the importance of artists and the industry giving to local charities and advocated for donor-advised funds raised by tacking on 50 cents or a dollar or two to ticket purchases.

Capshaw took the stage and thanked the City of Hope music biz liaisons Bruce Resnikoff, Peter Grey and Zach Horowitz, his Red Light colleagues Ann Kingston and Bruce Eskowitz, and his wife Parke Fontaine for putting up with him “going out six nights this week to see bands … who we’re going to sign.”

He also chided Azoff by thanking him for “giving him guidance despite not doing tonight’s event at the Forum.” 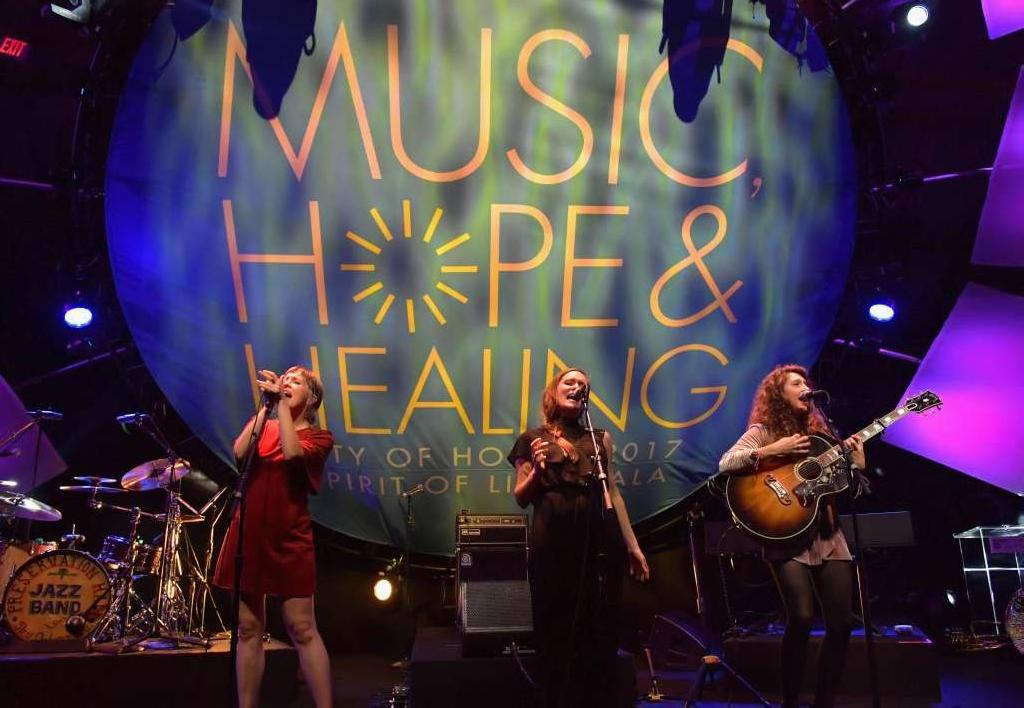 He thanked artists who helped raise funds for these causes without noting his own role in putting together The Concert for Charlottesville and the upcoming Country Rising concert in Nashville. Capshaw said he was inspired by the late-great agent Chip Hooper, head of music at Paradigm Talent Agency and who passed away from neuroendocrine cancer in March of 2016 and a dear friend and colleague to many in the room.

Despite living on a farm in Virginia, away from Los Angeles where City of Hope is based, and his reticence to be in the spotlight, Capshaw said something like a vision of Hooper telling him that “we’re doing this,” inspired him to be here on this night.

The Red Light head announced the establishment of the Chip Hooper Memorial Fund to fight neuroendocrine cancer, which launched with a $500,000 endowment.

“Who knows what government is gonna do? All we can do is come together and support each other,” Capshaw said before noting that the music industry had raised $113 million for City of Hope before this night. The Spirit of Life campaign has raised $4.8 million.

Capshaw was followed by Phish’s Trey Anastasio who played a short and sweet three-song set on a vintage Martin acoustic guitar. He similarly spoke of his and his family’s “trust” in Capshaw. His set was punctuated by his fond remembrance of Hooper and the tragic loss of his sister eight years earlier to the same neuroendocrine type of cancer. The Phish frontman then launched into a touching and powerful rendition of “Miss You” written for his sibling.

Matthews returned to the stage returned to perform, where he called his “best friend” Capshaw a “bad motherf**ker” and spoke of how grateful he too was to have known Hooper.

He then performed “Grey Street,” a song for the late great agent “loved.”

The night ended on a more raucous note with the always foot-stomping Preservation Hall Jazz Band out of New Orleans marching to the floor in front of the stage and creating a spontaneous second line dance circle with those in gowns and suits kicking off their shoes and dancing for a great cause.