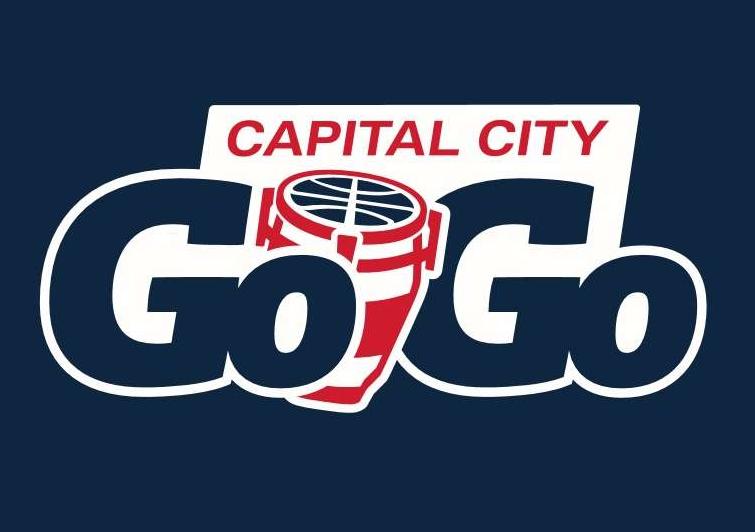 The historical relationship between sports and music runs deep and illustrious (see, for example, Marvin Gaye’s sultry version of the National Anthem at the 1983 NBA All-Star Game; or Prince playing hoops on his Lovesexy tour; or Grambling State University World Tiger Marching Band).   In more recent days, there may be no greater manifestation of this inextricable relationship than Washington, D.C.’s inspired name for its new G League basketball team.

“Last year we did a post-game go-go night with Backyard Band and Team Familiar,” explains Hunter Lochmann, SVP of Marketing and Brand Strategy for Monumental Sports and Entertainment, which owns the Capital City Go-Go’s NBA parent team The Washington Wizards (in addition to the WNBA’s Mystics, the NHL’s Capitols, Capital One Arena, two arena football teams, an esports team, and an OTT Network). “This was in January and The Wizards had won and afterwards 5,000 people stayed for the music. We were like, ‘This is amazing.’ You could just tell that the music is so connected to the city  you could feel it.”

While some of go-go’s best-known purveyors, including Trouble Funk, Rare Essence, Experience Unlimited (E.U.), the Junkyard Band and the late great Chuck Brown and his Soul Searchers, are hardly household names, in the District of Columbia they are. The music dates back to the 1960s and may have had its biggest moment in the national spotlight with Chuck Brown’s 1978 classic “Bustin Loose” – a chart-topping dance-floor packing jam that graces the Capital City Go-Go website.

There was also “Da Butt,” a song by E.U. featured in Spike Lee’s School Daze (we won’t mention “D.C. Cab” the Mr. T. film vehicle with the Junkyard Band that never quite connected; or the ill-fated 1986 film “Good to Go” produced by Chris Blackwell’s Island Records [shot at the Capital Centre in Landover, Md., where the Wizards’ predecessors the Washington Bullets once played]). While the sounds of hip-hop coming out of NYC 200 miles to the north far surpassed go-go both critically and commercially, the percussive beat never stopped in the District of Columbia.

Monumental Sports was given a January deadline to come up with a name and logo by the G League, the first sponsored league after Gatorade paid undisclosed millions for the naming rights and sponsorship (it was formerly the D league).  It seemed a lot more than coincidence that no less than three individuals connected to Monumental suggested a version of go-go for its new franchise name.

“When you’re in marketing you quickly realize there’s something to it,” Lochmann says about the naming zeitgeist. “We did a little mother-in-law research internally and tested the name around and sure enough you could see people’s eyes light up. We fleshed it out with some logos and ideas and a couple of other names, but the Go- Go just tested so well internally with everyone and Ted [Leonis, Monumental’s chairman and ceo] loved it from the get-go, so we went all in.”

The Go-Go’s two logos were designed internally by Monumental’s creative director Chuck Kacsur and informed by the Monumental team’s research of what sets the music sub-genre apart. “There’s a famous picture of Chuck Brown next to conga drums that we used as a muse and for inspiration,” Lochmann explains. 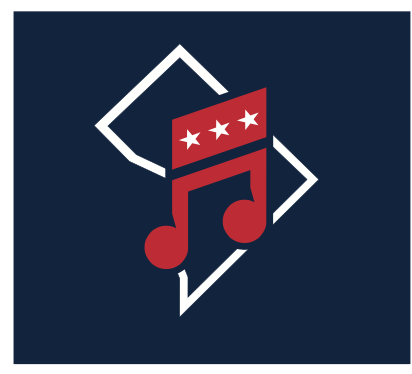 The primary logo has an “Easter egg” with the hyphen in Go-Go is part of conga drum and its three prongs and red and white colors represent the three-starred D.C. flag. The basketball is the same as the one on the Wizards logo making a connection to the parent brand while the Capital City wordmark harkens back to the original Baltimore Bullets and the Washington Capitals’ logos.

The team also had to make sure there weren’t any intellectual property rights with the band The Go-Go’s or the Gogo Inflight wifi.

The secondary logo features two musical notes symbolizing go-go with a map of DC in the background with one of the notes, as Lochmann explains, right over the former St. Elizabeth’s Psychiatric Hospital in S.E. neighborhood where the new arena will be located. 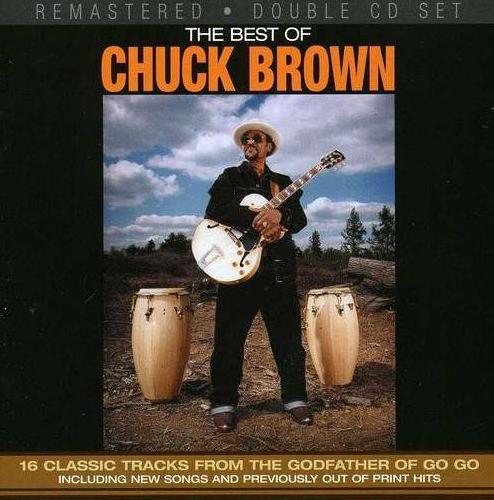 Monumental Sports in partnership with Events D.C. is working to finish the new 4,500-capacity St. Elizabeth’s East Entertainment and Sports Arena located in the Congress Heights neighborhood of Southeast D.C. in Ward 8 on the east side of the Anacostia river, an area traditionally underserved by the city. Slated to be completed by late-August 2018, the venue will be home to the Mystics and the Go-Go, will serve as the Wizards’ practice facility and act as an retail and community anchor for the area with year-round community events in addition to entertainment, retail and restaurants.

Before the team announced its name, Monumental wanted input from the go-go community. So in early November the team brought together about twenty people from the go-go community and took them through their internal presentation. “It was most important to us was how would it register with the go-go community,” explains Hochman. Once we go to the reveal page that had Capital City Go-Go, it was such an awesome feeling because there were oooohs and ahhhs in the crowd and people clapping and a number of folks said, that it really meant a lot to them. When we left the room we knew we had something here.”