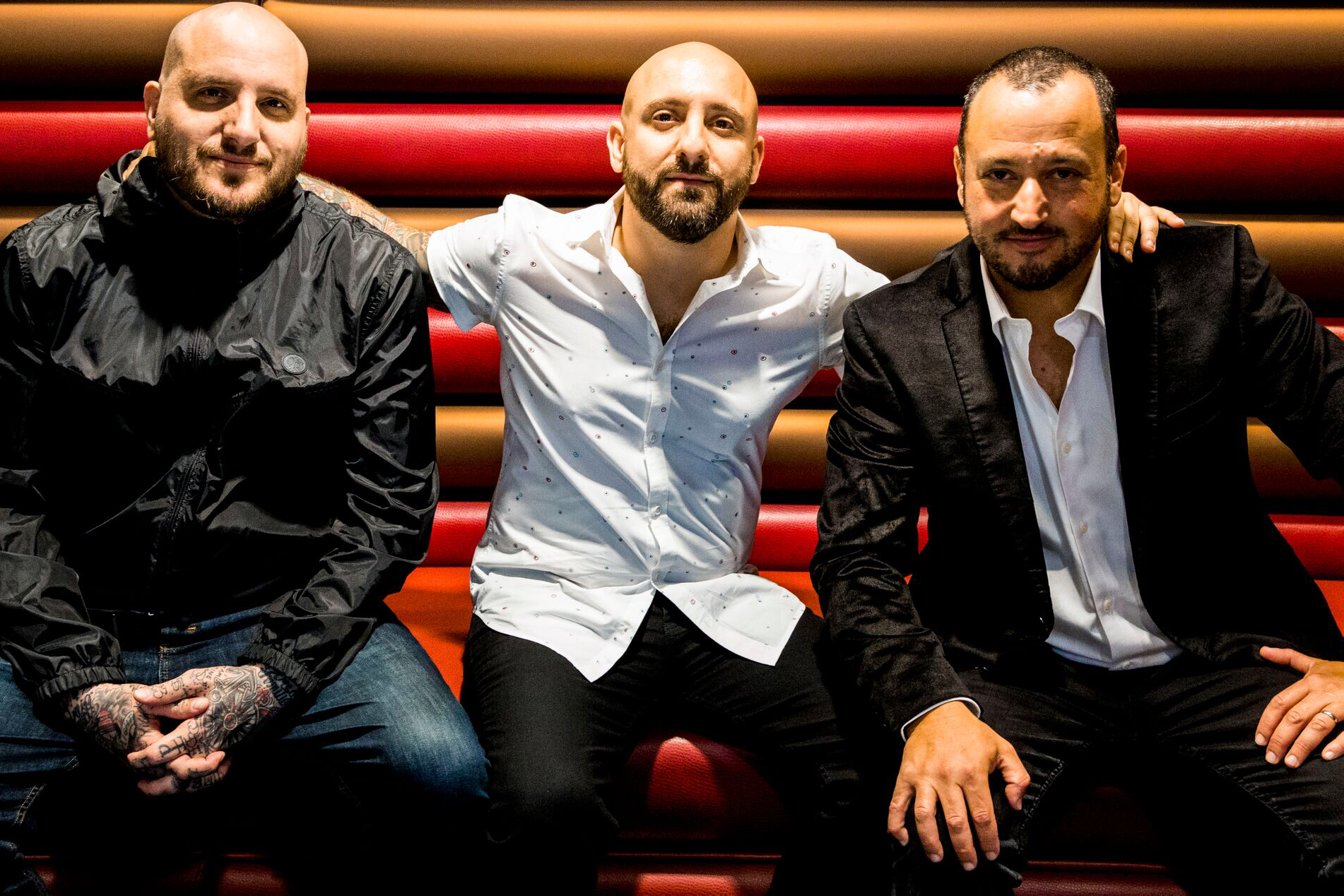 – Matt Pike, JJ Cassiere and Dan Rozenblum
33 & West
Veteran agents Dan Rozenblum, JJ Cassiere and Matt Pike, most recently at Circle Talent Agency, have teamed to form Los Angeles-based 33 & West boutique talent agency, launching with 75 artists and stressing a collaborative approach with plans to expand into film, television and more.
“With the start of 33 & West comes a partnership built upon teamwork, trust and empowerment,” Pike said. “An agency built upon the foundation and culture of ‘we’ and not ‘I.’ We work for our clients; they make us who we are — not the other way around.”
33 & West’s vision is to upend the business-as-usual office culture while creating an agency that represents artists spanning the full spectrum of entertainment — from recording artists to television and film talent to digital media and more.
Among the new agency’s clients upon launch are Dance Gavin Dance, Converge, Insane Clown Posse, DMX, Dead Kennedys, Whitechapel, The Black Dahlia Murder, Amigo The Devil, Koo Koo Kangaroo, and King Lil G.

–
The three agents were most recently with Circle Talent Agency, which was acquired by United Talent Agency in April, but the sale did not include the electronic-focused agency’s “Live” division run by Rozenblum, Cassiere and Pike.
They have brought along two other agents and retained their clients from Circle.
“That just goes to show that it’s not necessarily the email address that matters as much as our relationship with the artists, and it demonstrates the quality of work that JJ, Dan and myself have put together,” Pike, who ran his own Kenmore Agency for 16 years, told Pollstar. “That the bands and managers have stuck with us and believe in our vision means a great deal to us. Obviously, without them we don’t have the ability to move forward.”
Rozenblum told Pollstar, “It’s a culture of empowerment. While everybody gets their head down grinding away to get x-y-z done, the fact of the matter is that empowerment within the office and that sort of positive environment is what’s going to set us apart.” Before Circle, Rozenblum spent time at The Pantheon Agency, The Agency Group and, later, United Talent Agency.  “I really couldn’t be happier to be aligned with JJ and Matt in this new endeavor. I feel like each one of us has our own strengths, and we have the utmost faith and trust in each other.”
Cassiere, who also spent time at The Kirby Organization and The Agency Group, added: “Nothing great can happen without trust, and transparency is the foundation for trust. We can finally apply all of the professional experiences and create our own path and destiny.”  As a reflection of this belief, the agency says it will maintain an open-door policy for employees to exchange ideas.
Going forward, “The drive is toward building a future, not only for ourselves but for our clients,” Pike said. “I definitely feel that three heads are better than one. Teamwork is something we’re founded on and something we’re going to continue to build off of, and everyone from agents, assistants, to clients are going to benefit from that.”
33 & West’s co-owners have more than 50 years of combined experience in the live music world. Pike began at Rave Booking Agency in 1999, after which he launched Kenmore Agency that he owned and operated for 16 years before closing it to co-head the Live Department at Circle Talent Agency.
Cassiere in 2002 started his own agency and worked as a talent buyer and promoter for seven years in South Florida, and had stints as a tour manager before going full-time as an agent at his own company. Cassiere closed his agency in 2009 to join TKO in New York City and, after moving to Los Angeles, became part of The Agency Group in 2010. In 2014, he seized the opportunity to launch Circle Talent Agency’s Live Department.
Rozenblum launched his career in entertainment in 1996 when he opened his own boutique booking agency in conjunction with a concert promotions company in north Florida.  He also served as director of broadcasting at two nationally recognized radio stations. After closing his agency, Rozenblum relocated to Los Angeles.
Website is www.33andwest.com, with contact below:
[email protected]
[email protected]
[email protected]
# 33 & West# Amigo The Devil# converge# dance-gavin-dance# dead-kennedys# dmx# insane-clown-posse# King Lil G# koo-koo-kanga-roo# Ryan Borba# the-black-dahlia-murder# whitechapel