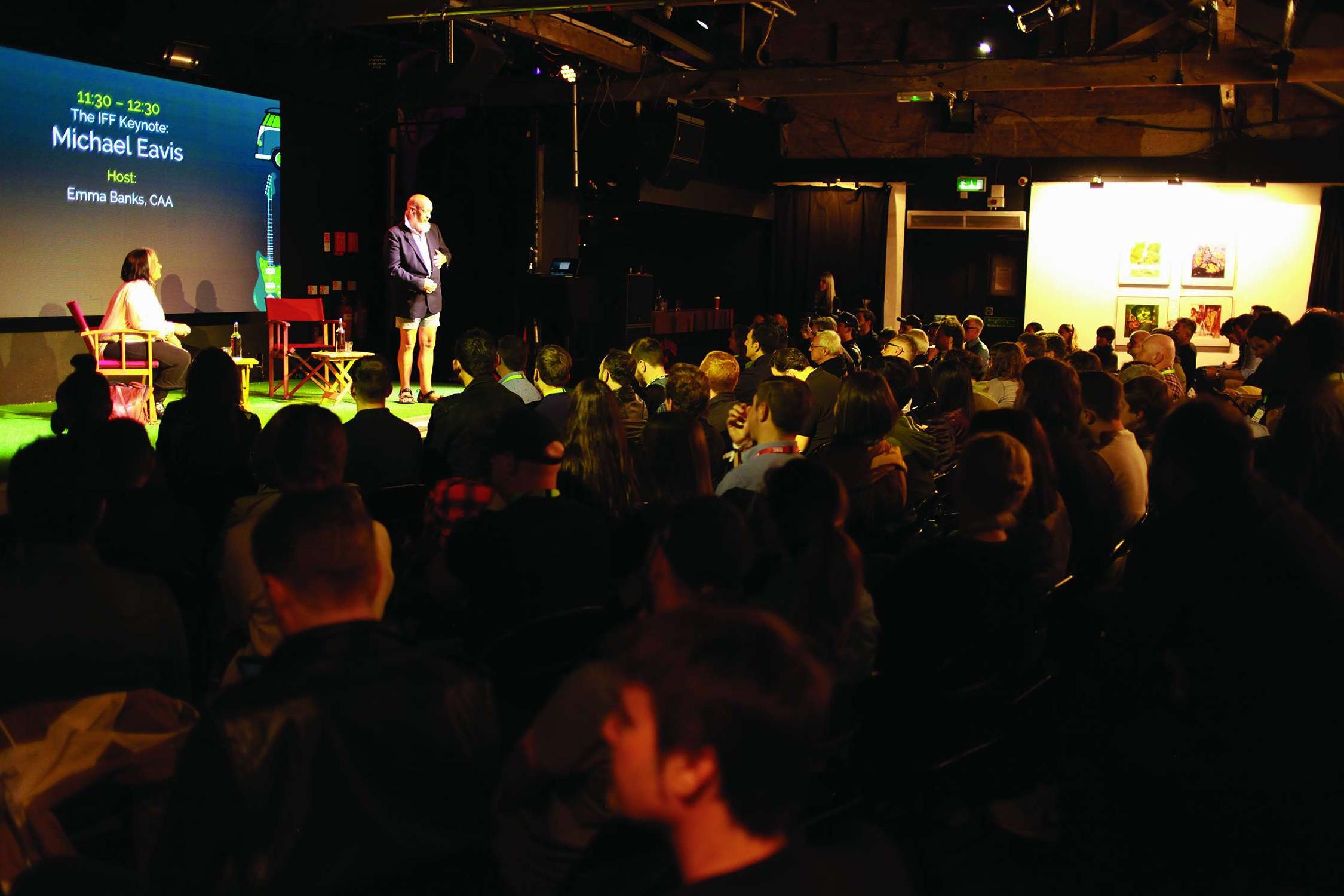 Martin Hughes – IFF 2017
Glastonbury founder Michael Eavis delivered last year’s keynote alongside CAA’s Emma Banks pictured left
It’s a great time for a music industry b2b journalist. Almost everybody one speaks with these days is in a good mood. Live entertainment is in high demand, possibly the highest ever.
This upsurge started years ago, in the first half of the new millennium, when the recorded music industry declined and artists once again only had live to make a living. The competition for events has increased ever since.
As a result, festival promoters started to book their upcoming lineups earlier and earlier in the year. To accommodate this new reality for promoters and agents alike, two men decided to launch a new b2b conference in 2015, the International Festival Forum (IFF).
Greg Parmley, who’s also behind ILMC and E3S, and Ruud Berends, who’s behind Eurosonic Noorderslag, Where’s The Music and EEMC, are the event’s masterminds. This year’s edition, which takes place in London’s borough of Camden, Sept. 25-27, is already sold out.
250 agents will mix with representatives of 450 festivals to do business. Several major agencies are participating at the event, most of which are going to showcase acts for next year’s festival season. The list includes Coda, Primary Talent, X-ray Touring, United Talent Agency, ITB, ATC Live, MN2S, Pitch & Smith and OTM Touring.
Silvio Huber, head of booking at the Austrian promoter Arcadia Live, told Pollstar: “IFF was much needed and has already produced visible success in its young history. It’s a great conference, brings together the industry and creates a nice and good vibe. We all know it’s a people’s business so the more we talk and meet the better for the artists and audience.”
Pollstar asked Parmley and Berends a few questions.
It’s the fourth year in. Do you feel like your concept of bringing festivals and agents together early enough in the year to properly plan ahead the upcoming festival season has succeeded?
Greg Parmley: We’re about to sell out for the fourth year, so I think it works. It was one of those ideas that seems really obvious when you look back, to think that it hadn’t been done before. If you’re booking a mid-sized or major festival internationally, it should be a key date in your diary.
Ruud Berends: Absolutely and beyond expectation.
What do delegates tell you they value most in IFF?
Ruud Berends: They like that it’s an intimate event, with just buyers and sellers. With 250 agents and 450 festivals attending, IFF is at the right moment in the calendar, and the right place as well, given that so many of the main agencies are based in London.
You both have a lot of experience organizing conferences. How is IFF different from the other project you’re involved in?
Greg Parmley: It’s a simpler format than something like ILMC which is bigger and has a lot of moving parts. IFF is networking first, then showcases and conference panels. The most difficult thing is managing the invitation list to ensure that everyone in the room is relevant. We only have 600 passes at its current size, so it’s oversubscribed.
Ruud Berends: It is so much more focussed than anything else. 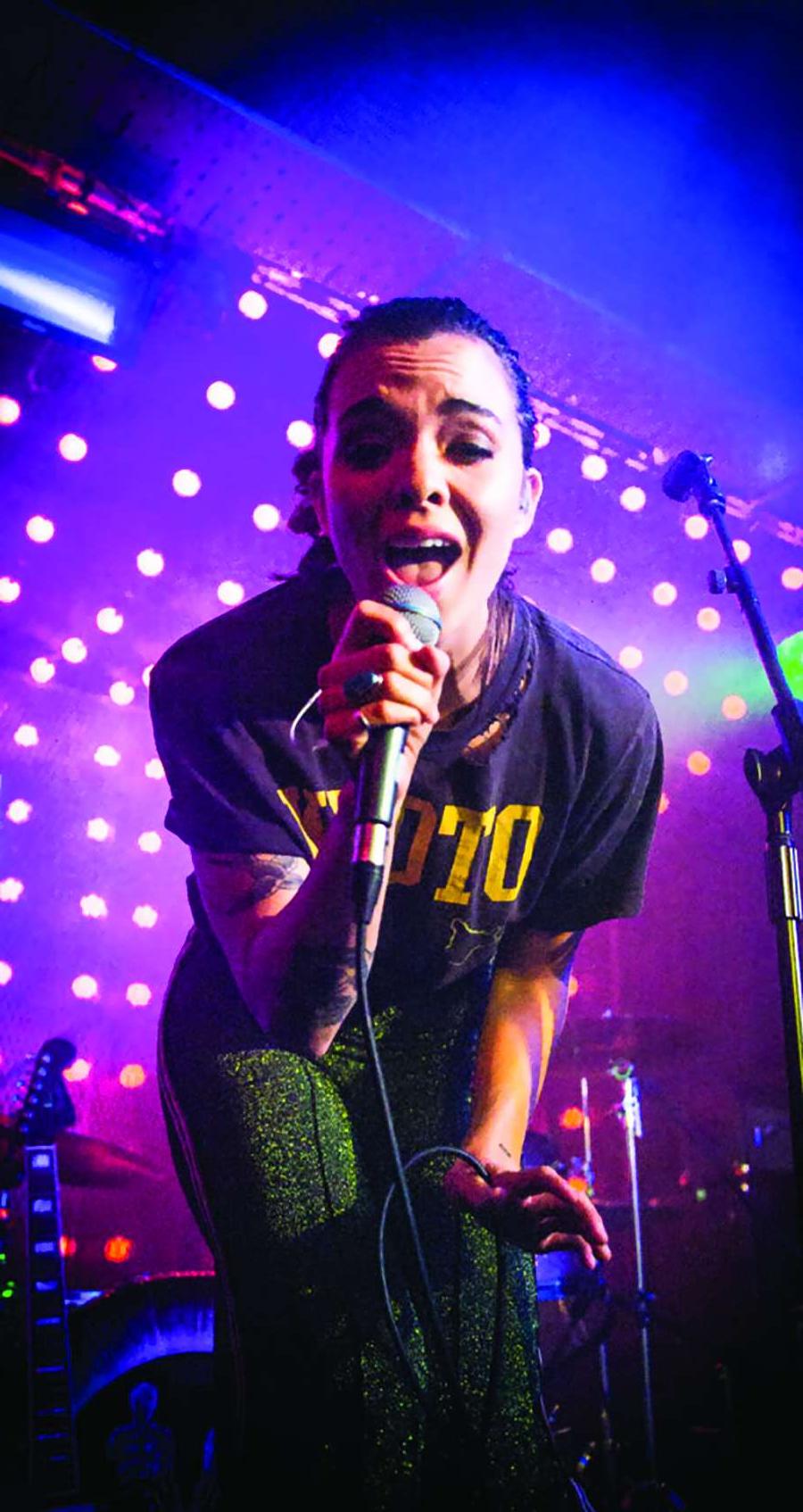 I know, it’s a broad question, but how would you sum up the state of the live business in Europe? What trends, challenges and opportunities do you spot?

Greg Parmley: The live business in Europe is thriving. Look at the number of new festivals launching, or new venues going up, or record returns from some of the key players, or the innovation in technology and new experiences that’s driving it forward. Like any market there are challenges – support for grassroots venues, Brexit, a lack of funding or investment in some markets, the perennial fear of rising artist fees and increasing competition – but it’s stronger than ever. It’s such a huge, diverse and complicated scene that there are always opportunities though.
In the spirit of IFF, imagine you’d have chosen a different career path: festival promoter or agent. Which one would it have been and why?
Ruud Berends: Well, I have been an agent for a large part of my career so I guess this is my different career path?
Greg Parmley: So it’s a choice between regularly risking everything I have on uncontrollable weather patterns, or living in perpetual fear that whimsical clients may fire me at any second? Tough choice! I always wished I’d asked Emma Banks for a job though.
Each one of your favorite festival experience 2018.
Greg Parmley: Mad Cool was an eye opener this year. And AEG’s new All Points East site in London was decent as well.
Ruud Berends: Some months to go and some interesting ones coming up, but so far I would say EEMC in Sibiu, Romania.
Greg, what makes Ruud the perfect partner in the IFF endeavor?
Greg Parmley: Ruud knows the European festival scene inside out, he’s well connected and a lovely human being.
Ruud, same question: what do you appreciate most in Greg professionally?
Ruud Berends: We are very complimentary and make a great duo. Greg never gives up and goes to the max to get the job done as good as it gets.
Greg, what do people need to know about Ruud?
Greg Parmely: Ruud signed Nirvana and he’s officially the tallest man in live music
Ruud?
Ruud Berends: Greg is only an inch shorter than me, which makes it easier to have an argument about conference topics, or panellists.
# Gideon Gottfried