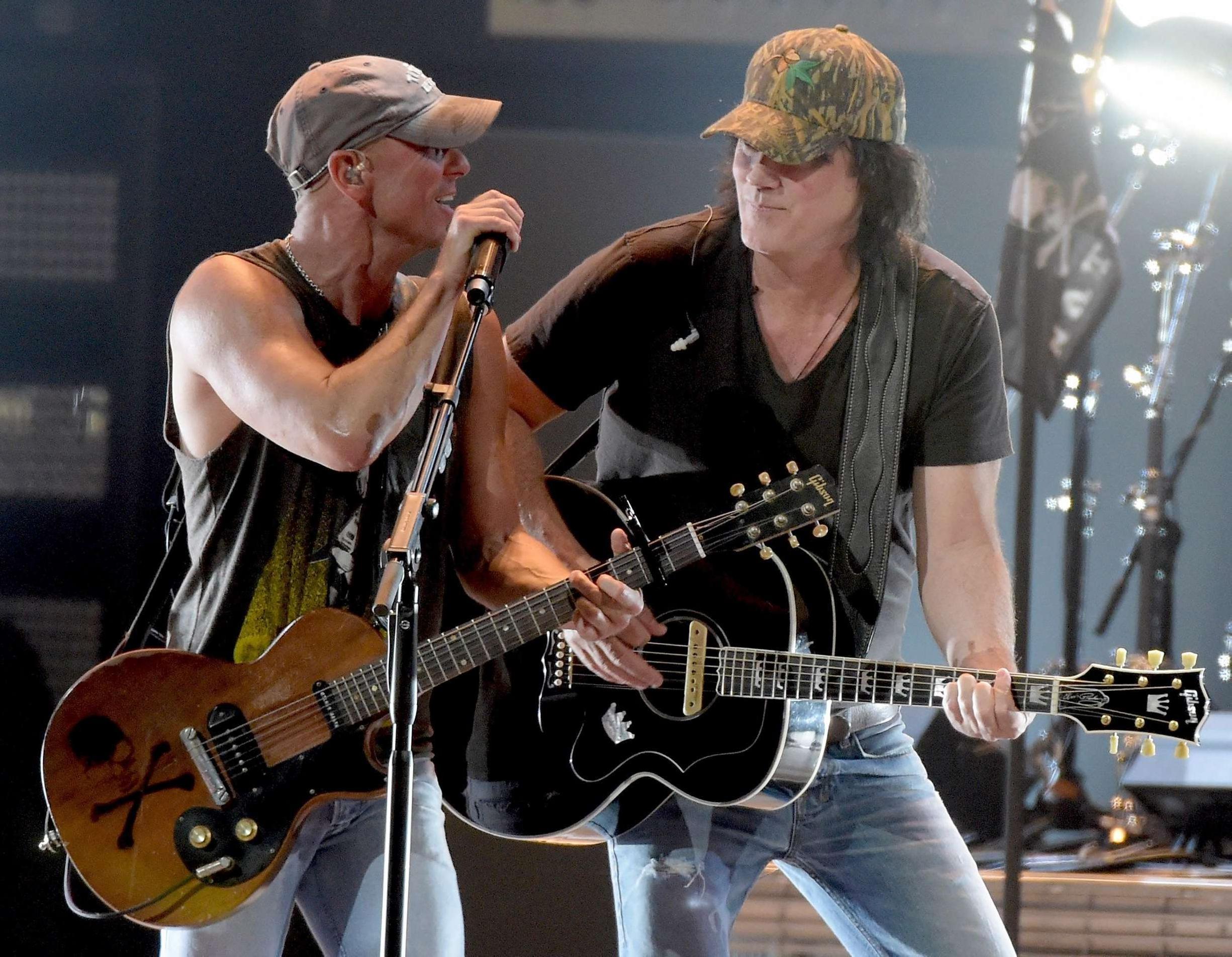 David Lee Murphy is a Nashville musician and songwriter who learned first hand Kenny Chesney’s capacity for returning a favor.

Murphy arrived in town in 1983 from southern Illinois, where he’d developed a musical style that might have been more rockin’ than rustic, determined to become a recording artist. But when the labels didn’t beat down his door, he took up songwriting and developed a following that included the likes of Reba McEntire and Dobie Gray. He also continued writing for himself.

Murphy put together a band and took some of the songs he wrote under what he calls the “10-year songwriting program.” He found a sound the labels liked and recorded three albums for MCA Nashville – Out With A Bang  (1994), Gettin’ Out the Good Stuff (1996) and We Can’t All Be Angels (1998) – that produced hit singles, most notably “Dust on the Bottle” which hit No. 1, and “Party Crowd,” a radio hit in 1995. Out With A Bang was RIAA-certified platinum and the best-selling debut for a new male country artist in 1995.

But the hits stopped coming, Murphy stopped recording and fell back on his talents as a songwriter – this time, for a new generation of country artists. One of those artists happened to be Chesney, who recorded Murphy’s songs including “Dust on the Bottle,” “Pirate Flag,” “Bar at the End of the World,” “Winnebago,” “Flora-Bama” and “Beer Can Chicken” among others.

Writing songs for superstars like Chesney, Jason Aldean, Keith Urban, and Blake Shelton could have gone on anyone’s career sizzle reel. But Chesney was insistent on putting Murphy in the studio and on his Blue Chair / Reviver Records label. From those efforts comes No Zip Code, and Murphy joined Chesney on his Trip Around The Sun tour.

“I believe that we should give back, give younger artists a platform to build their own audience,” Chesney says of working with Murphy. “I’ve always done that, and I’m proud we had Keith Urban out with us, Luke Bryan, Eric [Church], Jason [Aldean], so many. If you help people get their audience solidified, especially when they’re about to transition to headliner, you don’t have headliners stalling. It’s important.”

Chesney lent his own substantial star power to Murphy’s recording and performing not because they’re good friends – and they are – but because he believed in him.

“David Lee is a whole other thing,” Chesney tells Pollstar. “He’d had success. He’s an incredible songwriter. I’ve cut I don’t even know how many of his songs. And every time I get a demo from him, because he sings them, I’d hear that voice, and man, his voice is as strong as it’s ever been. To me, someone like that, if they want to do it, should be allowed to be making music, to have their voice out there.”

It helps that Chesney has his own label, but it was more important that Murphy has the talent to back it up and do him proud. So they dispensed with the middleman and entered the studio.

“We took our time with it. We also had fun with it. Making records should be fun, above all, and David Lee’s songs really speak to that,” Chesney said.

“And then when I heard ‘Everything’s Gonna Be Alright,’ I knew we had one of those larger-than-life hits. The pocket felt so great, and the sentiment is so much what we need right now. We cut it, and he asked me if I’d like to sing on it, and I was happy to.”

The Murphy/Chesney duet is the lead single from No Zip Code, and its reggae, Caribbean-flavored vibe was a match for friend’s outpouring of songs In the wake of Hurricane Irma, which lashed the Leeward Islands with devastating force in September 2017. The single was released two months later.

It was only natural that Chesney bring him on his Trip Around The Sun.

“I was even happier to bring him out onstage at the stadium shows this summer! When we started the song hadn’t taken hold, but he sang ‘Dust on the Bottle’ and ‘Party Crowd,’ and it was interesting to see these young fans really responding to those songs. It was more classic country than anything on radio now, but they screamed like it was the biggest pop star, which shows kids are more open than people think they are.

“As summer rolled on, and we were showing footage from the rescue and rebuilding work in St John on the video screens, the song became a reminder to people, too. It’s not about what bad happens, but finding a way to work through it. It’s an incredible moment in the show.”

Chesney’s friendship, and their summer on the road, will be etched in Murphy’s memory for a long time to come.

“We all have summers in our lives that we’ll always remember,” Murphy tells Pollstar. “The summer of 2018 will always be unforgettable for me.  Standing out there seeing 60,000 people sing your songs with you is an unbelievable feeling.  To be able to share that moment with a friend like Kenny it’s hard to put into words.”