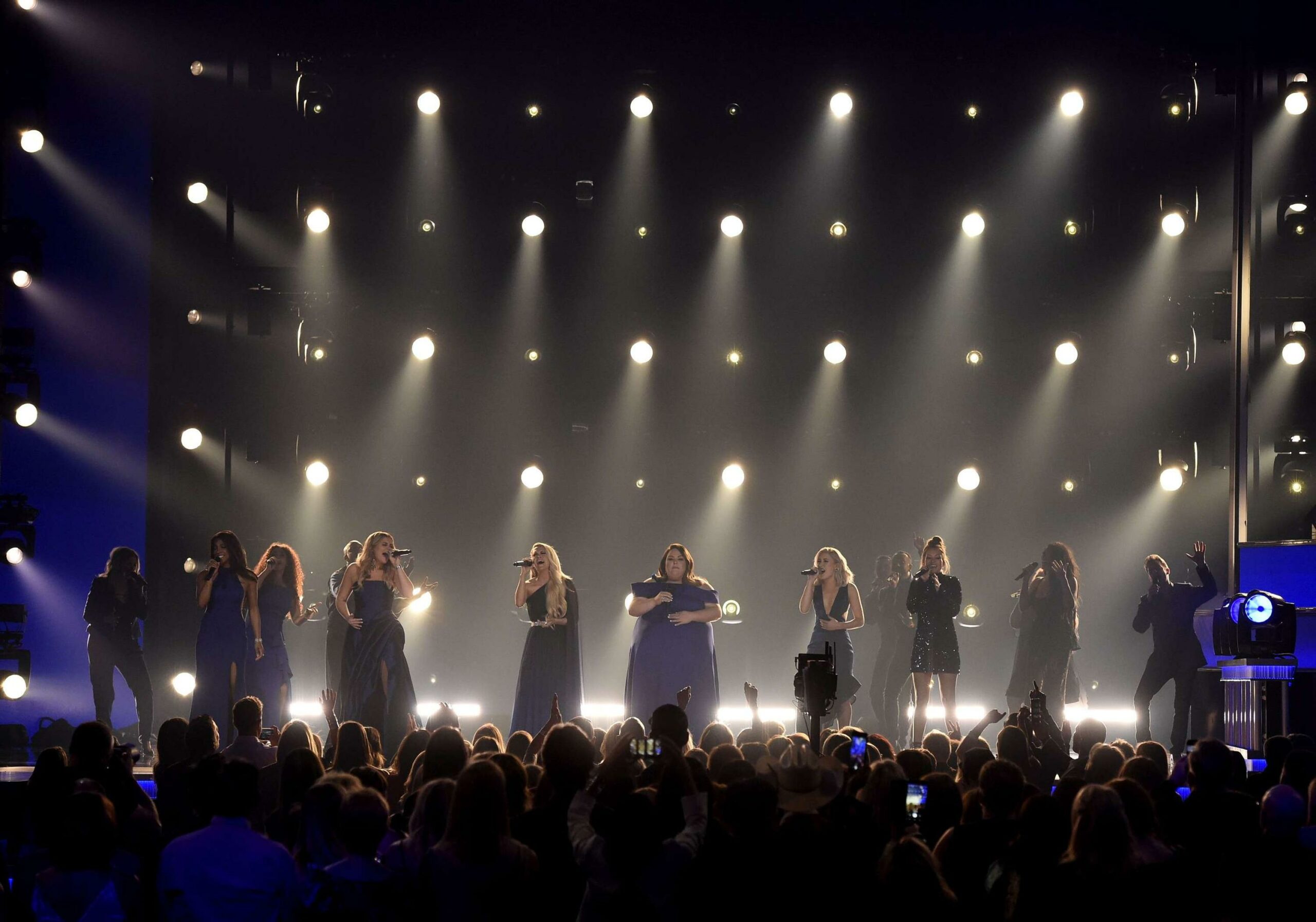 Grammy-winning duo Dan + Shay solidified themselves as the hottest group in country music with multiple wins at the Academy of Country Music Awards, where Keith Urban was named entertainer of the year and Kacey Musgraves won three honors.

“Baby girl, I love you so much,” Urban said, looking to his actress-wife, Nicole Kidman. “To the fans out there, you are amazing. You have no idea what you mean to me.”

Urban also won entertainer of the year at the Country Music Association Awards in November — his first time winning the prize since 2005.

No women were nominated for the top ACM honor. Musgraves was the sole women up for album of the year.

She won twice when Golden Hour picked up top album — as an artist and co-producer of the project. She was also named female artist of the year.

Musgraves said the award “goes out to anyone woman, girl, or anybody really” who has been told “her perspective or style is too different.”

“Just stay at it. It’ll work out,” said Musgraves, who won four Grammys earlier this year, including album of the year and best country album.

Other categories didn’t feature many female nominees: Bebe Rexha was the only woman competing for song of the year with “Meant to Be,” while Maddie & Tae was the sole female act up for duo of the year.

But both honors, along with single of the year, went to Dan + Shay.

“I think somebody got the cards mixed up tonight,” Dan Smyers said onstage at the MGM Grand Garden Arena in Las Vegas. “This is all incredible. We are all winners tonight.”

Even Thomas Rhett jokingly dedicated his male artist of the year trophy to Dan + Shay.

“I am going to give this to Dan + Shay so they can go home with four,” Rhett said.

Rhett also gave a shout-out to his wife who sat in the audience: “You are smoking hot tonight.”

Rhett performed Sunday, while Dan + Shay hit the stage to sing “Keeping Score” alongside Kelly Clarkson, hitting impressive high notes. Chris Stapleton‘s performance was also a highlight. The singer-songwriter, who often performs with his wife, Morgane Stapleton, sang onstage as she held her hand over her stomach (she is pregnant).

Emmy-nominated “This Is Us” actress Chrissy Metz made her live singing debut and gave an emotional performance onstage, teary-eyed at the song’s end. Metz sang “I’m Standing with You” from the upcoming film “Breakthrough,” which she stars in. She was joined onstage by Carrie Underwood, Lauren Alaina, Mickey Guyton and Maddie &amp; Tae — the performers all wore blue dresses and sang in unison.

Ashley McBryde, who won new female artist of the year, also was memorable: Nearly in tears, she strummed her guitar and beautifully sang “Girl Goin’ Nowhere.” The 35-year-old was nominated for best country album at the Grammys and recently earned a Daytime Emmy nomination for her performance on “CBS This Morning Saturday.” McBryde shined again onstage when she joined Eric Church to sing “The Snake.”

See Also:  Ashley McBryde – A Girl Going Everywhere And Doing It By Just Being Herself

“More than anything — thank you to the country music fans (and) country radio, you guys have changed my life forever,” he said. “This is one of the proudest nights of my life.”

Reba McEntire, who hosted the show for the 16th time, told several jokes. When she mentioned the collaborative performances of the night — Khalid and Kane Brown and Brandi Carlile and Dierks Bentley, among others — she said she would perform with rap star Cardi B.

She said they could sing her song “No U in Oklahoma,” then said: “And that’s okurrr with me,” earning laughs from the audience.