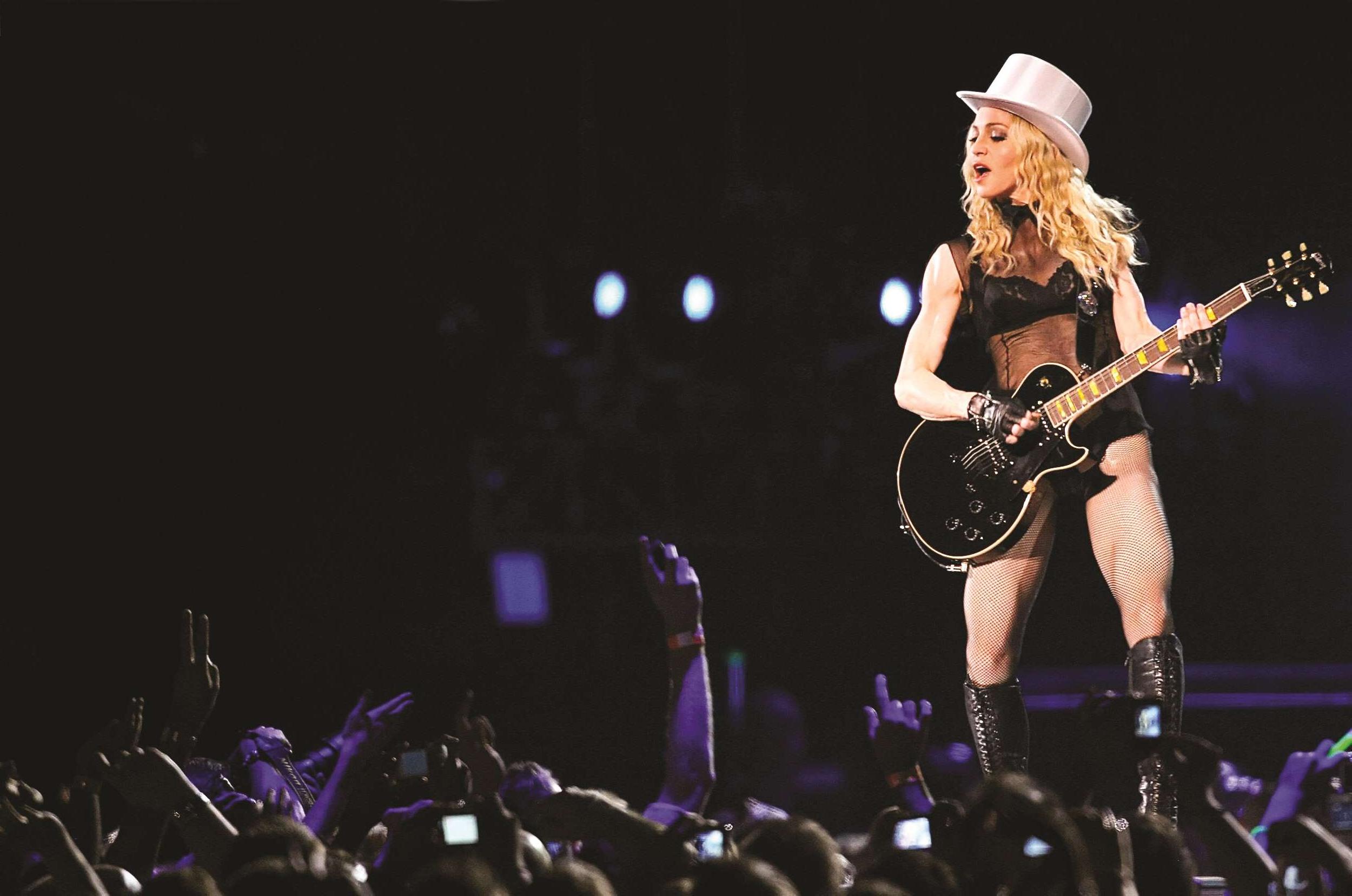 Leon Neal / AFP via Getty Images – Madonna
Madonna’s “Sticky & Sweet” tour of 2008-09 is one of the biggest tours of all time, with $411 million grossed, the most of any tour by a female artist. The Material Girl is pictured on the tour’s opening night, Aug. 23, 2008, at Cardiff Millennium Stadium in Wales.

For the celebration of women in the concert industry, a look into the Pollstar archives provides a snapshot of those female artists who have most impacted the world of live entertainment in the 21st century.

With a slate of the 50 highest-grossing female headliners – solo artists, groups or female-fronted bands – during the past two decades (2000-19), the overall combined gross from just these 50 acts stretches beyond $13 billion, according to reported box office data.
Madonna, Celine Dion and Beyoncé have each passed the $1 billion mark in sold ticket earnings from headlining tours, either as a solo draw or a co-headliner, while Taylor Swift sits at $925.6 million, just $74 million away. Only 11 artists total have surpassed that mark since the beginning of 2000.

–
For an industry veteran like Madonna, whose career stretches back to the early 1980s, beginning our analysis with 2000 as the starting point shows just half of her long-lasting career – even though her “Drowned” world tour in 2001 was only her fifth as a headliner and the first since 1993’s “Girlie Show” trek.
Pollstar data prior to 2000 is minimal with generally only North American shows reported, but even in those early decades when ticket prices often began under $20 and topped out anywhere from $35 to $75, data from her concerts still show about $50 million in sales from almost 2 million tickets in North America alone. Madonna’s “Drowned” world tour began in June 2001 in support of her two most recent albums at the time, Ray of Light in 1998 and Music that came two years later.
The tour launched the third and fourth decades of her career and her most successful period of live work that has produced $1.3 billion in box office earnings as of the end of 2019. The tours that followed “Drowned” were “Re-Invention” (2004), “Confessions” (2006), “Sticky & Sweet” (2008-20), “MDNA” (2012), “Rebel Heart” (2015-16), and, most recently, “Madame X” (2019-20).
She has the highest-grossing tour ever for a woman –  “Sticky & Sweet” with sales of $411 million and – along with Pink and her “Beautiful Trauma” tour – is one of only two women on the list of the Top 10 tours of all time based on gross sales.
Dion, who has a $1.18 billion gross total since 2000, comes to the billion-dollar club on the strength of her Las Vegas residencies beginning with “A New Day…,” her first production at The Colosseum at Caesars Palace. Often dubbed “the house that Celine built,” the venue opened on March 25, 2003, with the debut of her first residency and has subsequently hosted many other headliners as well as several other resident artists.
She ended her first run in December 2007 but returned to Caesars in March 2011 with “Celine,” her second residency that continued intermittently along with her touring efforts through last June. Her overall grosses at the Las Vegas venue total $657.4 million from 4.4 million tickets at 1,114 reported shows.
“Taking Chances” was Dion’s first world tour of the new millennium and played cities on five continents for just over one year beginning in February of 2008. Her sales topped $278 million from the trek that saw more than 2 million tickets moved at 129 headlining concerts. The tour occurred between her two Vegas residencies. Other tours that followed were “Tournée Européenne,” a brief run of shows in Paris and Antwerp, Belgium in 2013 followed by a summer tour in 2016 that returned to those two cities but also included multiple show runs in two Canadian markets, Montreal and Quebec City.
“Celine Dion Live 2017” played arenas in Europe during the summer months of that year, while “Celine Dion Live 2018” headed to Asia and Oceania for arena dates the following summer. Her most recent “Courage” world tour is her first post-residency road venture, kicking off last September in North America. The ongoing trek is currently booked into November year and includes spring dates that have been rescheduled due to the coronavirus pandemic. 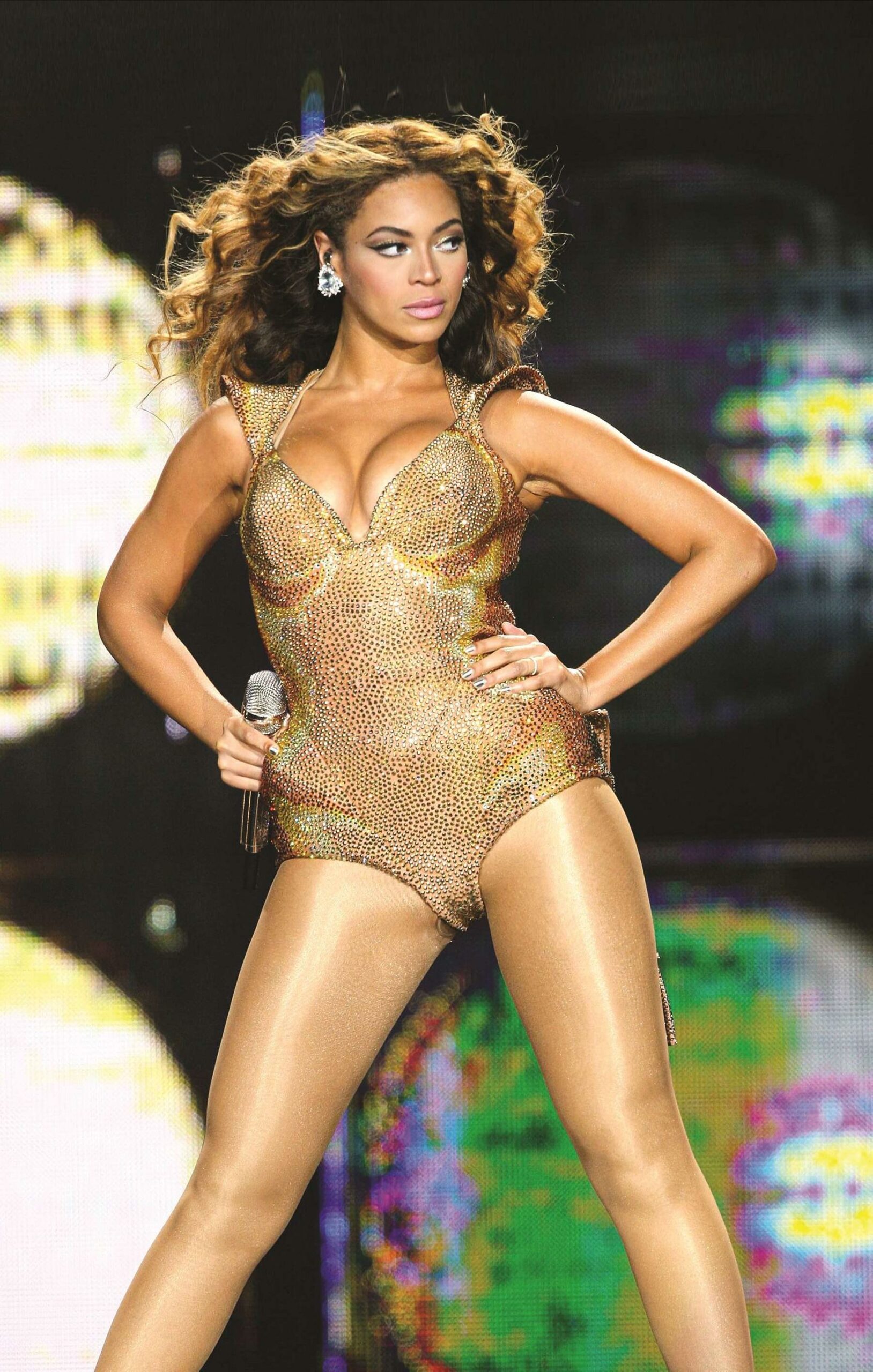 John Shearer/WireImage – Beyonce
Beyoncé tops the $1 billion threshold with $8.7 million to spare from box office earnings on five solo jaunts along with a co-headlining run in 2004 with Alicia Keys and Missy Elliott called “Verizon Ladies First” and joint stadium runs with Jay-Z in 2014 and 2018 titled “On the Run” and “On the Run II.”
Her debut concert tour as a solo artist came in November 2003 in support of her first solo album, Dangerously in Love, and preceded her final road stint with Destiny’s Child by two years. With the girl group’s official disbandment behind her, Beyoncé launched her “Beyoncé Experience” trek in 2007, playing arenas in cities around the world for seven months. Her fourth solo road effort was “I Am…” (2009-10) promoting her 2008 I Am… Sasha Fierce album, followed by the 2013-2014 tour dubbed “The Mrs. Carter Show” and 2016’s “Formation” tour.
Swift’s debut on the road was as a country artist, beginning with the 2009-10 “Fearless” tour. “Speak Now” (2011-12) and “Red” (2013-14) followed, but 2015’s “1989” tour marked her official transition as a pop star. Finally, in May 2018 she embarked on her fifth tour and the first all-stadium trek, “Reputation,” which ended the year as the second-highest grossing tour worldwide and the top grosser in North America.