How does one begin to sum up 2020? Lots of folks, particularly media pundits, are going to try, coming at it from whatever lens through which they view the world. My view, as ever, is through the lens of live entertainment, colored by personal experience, flavored by peers I love and admire, colleagues, acquaintances, heroes, legends, and barroom banter, and propped up by hard data, projections, statistics, conjecture,  guesses, and no small amount of BS. In the end, I can come up with one word that sums up this year like no other: loss.
2020* A Year Forever Qualified

2020* will forever have a huge, indelible asterisk beside it. It will serve as a stark reminder that the most challenging year our industry has ever endured was an anomaly, an aberration, a pox on our businesses, one that deviated widely from all norms and can’t be over fast enough. Which initially wasn’t the case. By 2020*’s Q1 metrics, the year was set to be the greatest yet. Pollstar’s first quarter, which ran Nov. 21-Feb. 19, was well in the books by the mid-March shutdown, had reached glorious new heights.

2020 Business Analysis: What Might Have Been Vs. What Was

In the first quarterly analysis of 2020, Boxoffice tallies hinted at what might have been a trailblazing year in concert touring and live entertainment. Overall gross and sold tickets among the Top 100 tours showed a healthy bump of 10.9% compared to 2019’s Q1, while ticket sales rose 4.6% over the previous year.  At the end of 2020, totals reported this year for events that occurred during Q1 show an even higher percentage of growth based on averages per show among the Top 100 tours. First-quarter events averaged $510,895 per show, a 12% jump over 2019’s $449,749 average. Also, the average ticket count per show was 10% higher – 5,818 for Q1 in 2020 and 5,244 for the same period last year.

Call It A Comeback: The Concert Industry Looks To 2021 With Hope

After a number of agencies and promoters agreed to cancel all shows for several weeks on March 12 to combat the spread of the novel coronavirus, there have been strings of hope that the pandemic might last only a few weeks, a few months, or maybe just the year. Agents’ attempts to keep holds on dates through multiple time frames for a possible return have been mostly for naught, though. While places like Taiwan have seen arena shows return and Australia is proceeding with confidence into what looks to be a busy 2021, the specifics of what a comeback might look like in the U.S. still remain largely unclear.

?2020 YEAR IN LIVE TIMELINE
From Dancing In The Streets To Gut Punches 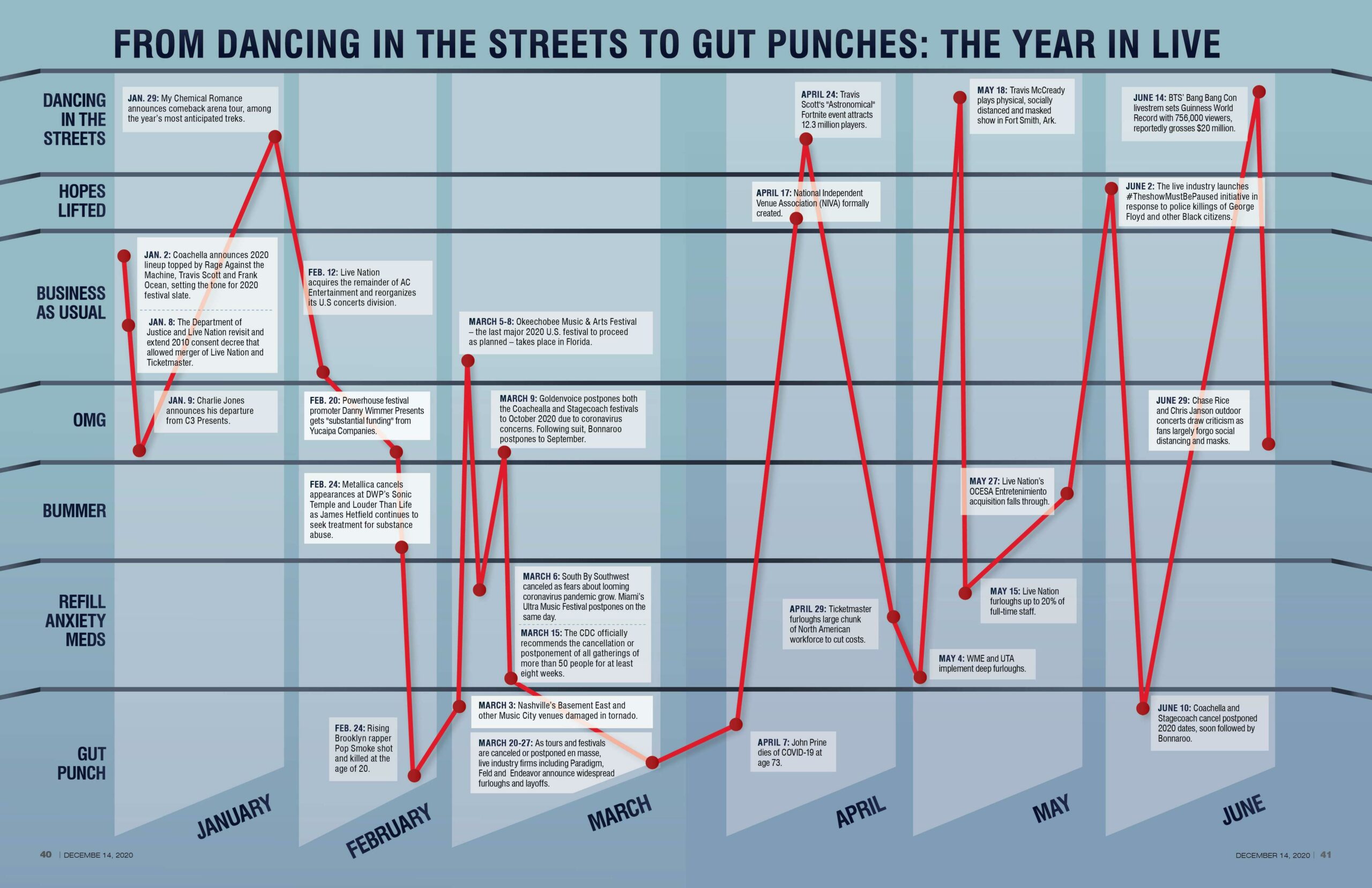 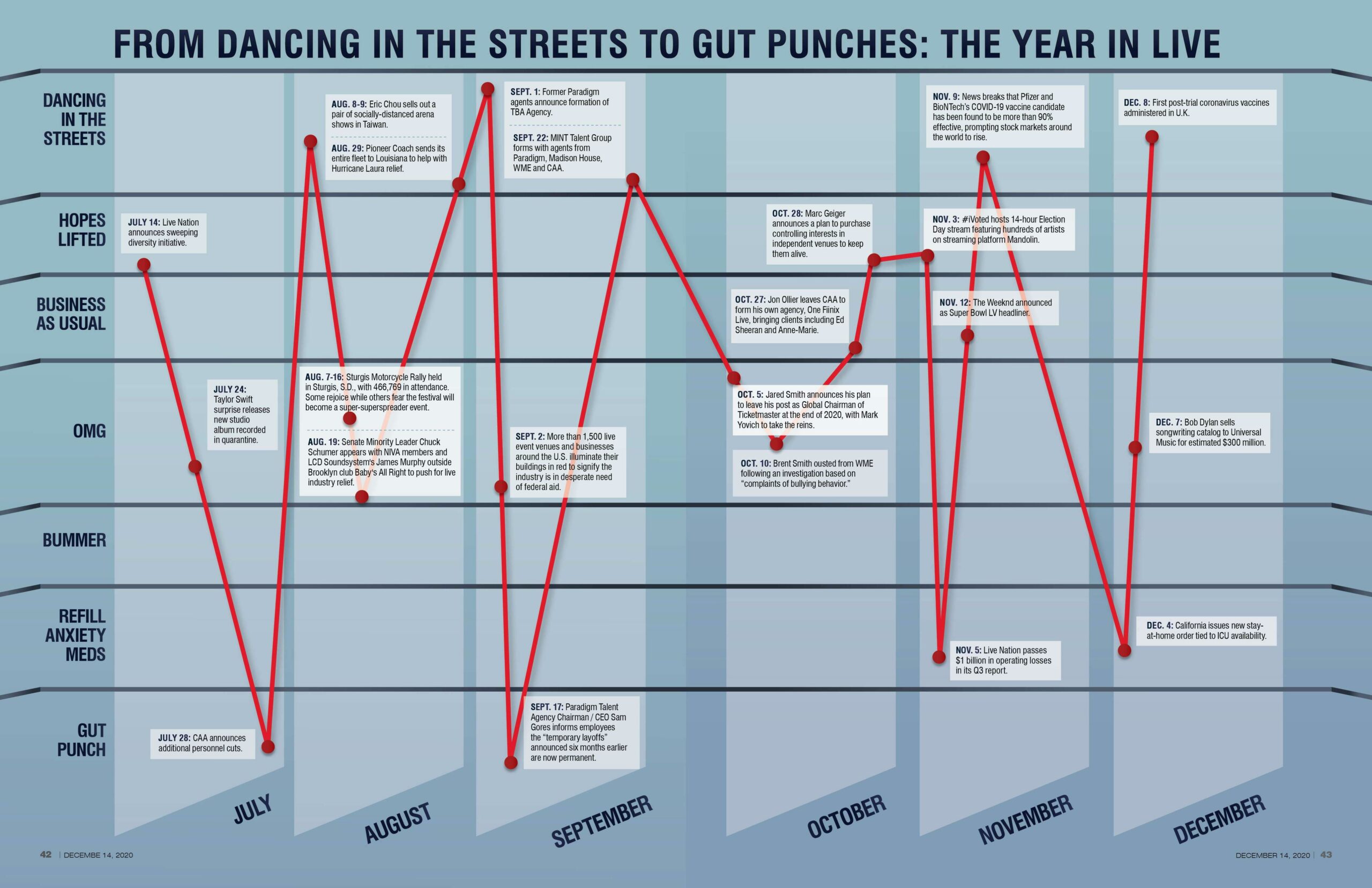