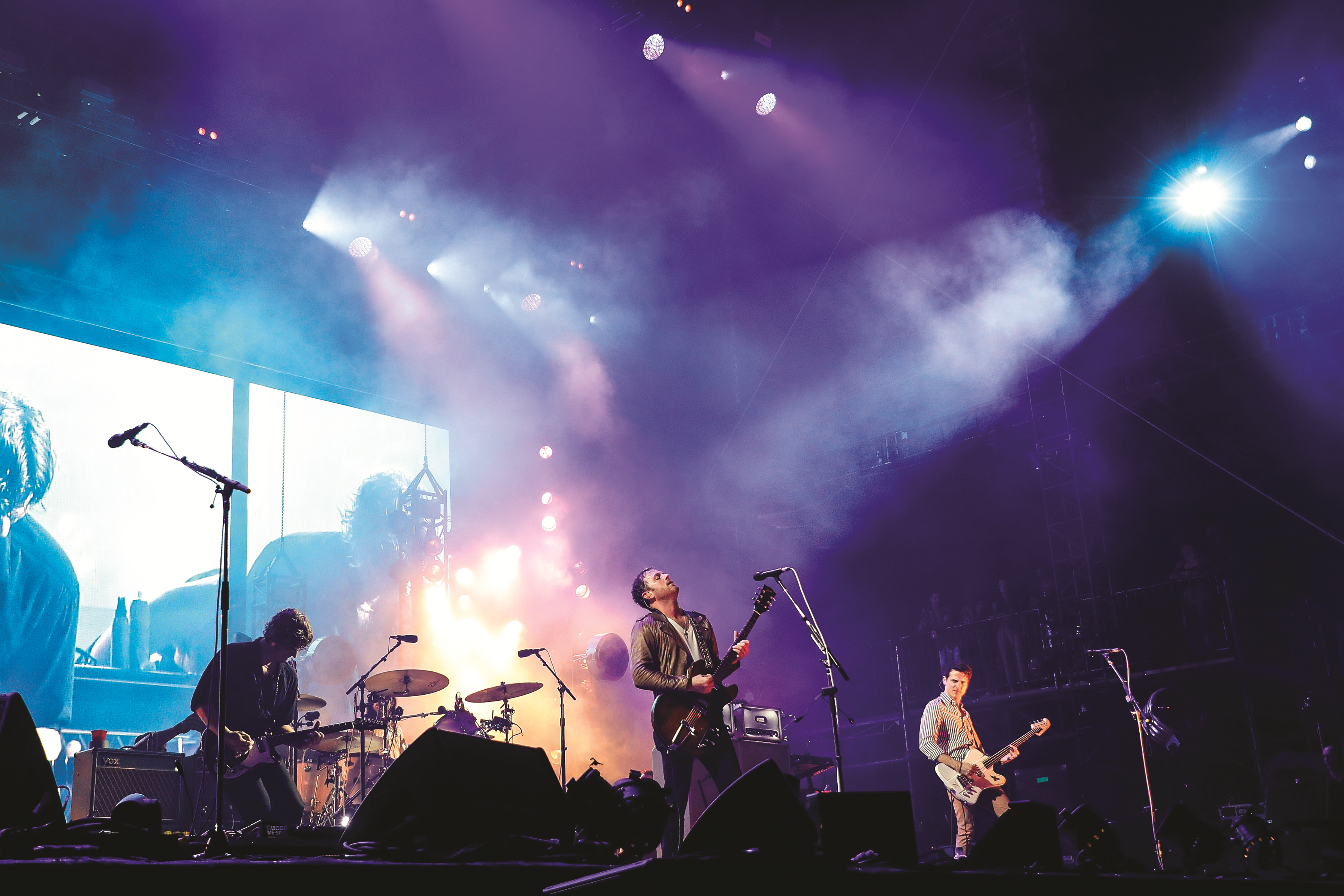 – Kings Of Leon
raised more than $600,000 for Crew Nation with an NFT-laden album drop in March.

For the last couple years, the still-burgeoning world of cryptocurrency seemed like something out of science fiction, at least to most run-of-the-mill, regular-money-using people.

Even its name, with the prefix “crypto,” suggested a dark-web underworld where people traded things of nebulous worth for nebulous currency for nebulous reasons. While some mainstream outlets and businesses started accepting Bitcoin for transactions, and even just recently some major online brokerages started tracking cryptocurrency on their own exchange-traded funds, the crypto craze has mostly seemed to be as a new asset class for people hoping to make a quick buck.
But in recent months, it’s been impossible to ignore the latest component of the crypto world, the NFT, short for non-fungible token. While still part of the blockchain, the difference now is that any digital asset – from images to music to ticket barcodes – can now be bought and sold in a transparent, direct-to-consumer manner. An NFT contains a public authentication on the blockchain, eliminating any doubt of ownership and legitimacy.
The ramifications are clear in the world of fine art and collectibles, where musicians, artists and creators of all sorts can sell NFTs directly to fans. Take Grimes – the musician Claire Boucher, who is married to Tesla CEO Elon Musk – who sold nearly $6 million of digital artwork from her “WarNymph” collection as NFTs. “WarNymph is a digital entity spliced from a pixel DNA of the organic human, Grimes,” read the description on the online marketplace where the NFTs were sold. “She exists in the liminal state of the virtual world, a Grimes narrative universe, within an alternate history of mythology and the infinite fragments of the future.” NFT WTF indeed.
NFT drops by Grimes or the electronic artist 3LAU, who held a $12 million weekend auction in late February, may just seem like the latest fad for people with a little too much money (or bitcoin or Ether) to spend. But a perfect storm of circumstances has seen musicians turn to NFTs to reclaim ownership of album releases.
Such is the case with Kings of Leon, which worked with blockchain ticketing platform YellowHeart to integrate an NFT drop into the March 5 release of new album When You See Yourself.
“With Kings of Leon, we had over 5,000 people buy an NFT for the first time ever,” says YellowHeart CEO Joshua Katz, who noted the sale saw 3,000 first-time users on its opening day March 5.
“There’s all these things you learn in real time when you’re not part of that world,” adds Kings of Leon manager Andy Mendelsohn of Full Stop Management. “I tell people we dragged our crowd through the mud to get this experience, but at the end of the day there was 7,000-plus NFTs, $2.6 million in sales and 600 grand to Crew Nation and it was a great result, as far as I’m concerned and as far as most are concerned.” 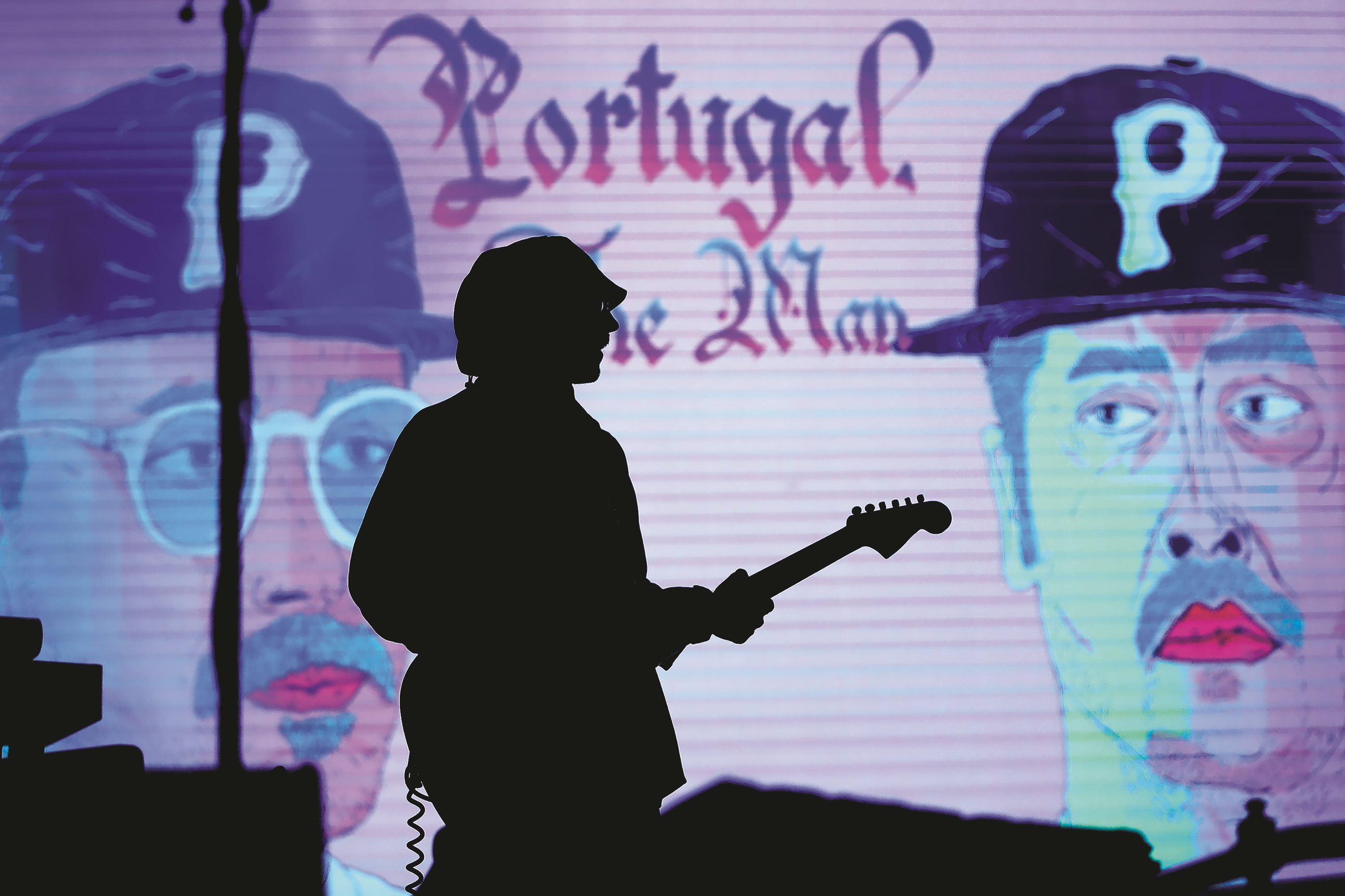 – Portugal. The Coin:
Portugal. The Man started its own cryptocurrency, PTM Coin, on the Ethereum blockchain as a type of fanclub offering.
Titled “NFT Yourself,” Kings of Leon’s series featured several items, including exclusive artwork, vinyl LPs accompanied with digital downloads and, most notably, six “golden tickets.” A Kings of Leon lover’s dream, each golden ticket guarantees four front-row tickets at any show on each of the band’s tours for the NFT-holder’s life, along with other VIP perks, such as a personal driver, a meet-and-greet with the band and a full suite of merch. The NFTs act as the golden tickets, and fans can sell or exchange the rights to those seats, with both the authentication and transaction public on the blockchain. New owners, meanwhile, can re-register with the band and Yellowheart for the transaction.
Two factors – building transparent reselling into tickets and imbuing those tickets with value after the conclusion of the events they’re for – make blockchain tech attractive to the primary ticketing space, says Katz of YellowHeart, which has been deeply involved in the blockchain space since forming in 2018. But the process isn’t easy.
“The transition to the crypto world is cumbersome [to consumers] and requires patience and smarts, and even with both, it doesn’t guarantee success,” Mendelsohn says. “You have to get a wallet, you have to go on an exchange service, you have to send your money to some weird place in the universe and hope it comes back in the form of crypto and then hope you have enough crypto, and then there’s gas fees for minting on the platform.”
While Katz says consumers seem eager to embrace the technology, he also explains the barrier to entry for users is being addressed, with upcoming NFT drops set for non-crypto credit card interfaces that resemble familiar platforms like PayPal. According to Katz, YellowHeart chose to integrate the OpenSea marketplace with the NFT drop to make the experience more intuitive for users who were likely participating in the crypto space for the first time and wouldn’t know what to make of acquiring a $50 animated cherrybolt.
“But when you get the cherrybolt and then in OpenSea there’s all these cool singing cats and vomiting dogs and all this other stuff, suddenly it makes sense,” Katz says, adding that many first-time users immediately purchased more NFTs that weekend.
Some concert organizers and ticketing companies are making inroads, such as festival producer Prime Social Group, which included an exclusive NFT drop with the presale for its flagship Breakaway Festival through ticketing platform Tixr. While some have tried to cash in on the crypto space in the ticketing world already, Tixr CEO and founder Robert Davari says NFTs are a game changer.
“There’s a lot of hype in people selling artwork and from a speculation perspective,” says Davari, “but the way we’re thinking about it – and we’ll see where it all goes – is you could now theoretically give an NFT to anybody who buys a ticket to any event on Tixr, and it’s a keepsake. You can give it away for free as a value-add that people could collect and eventually share on public exchanges, or you could sell them if it’s a premium enough thing.” Breakaway’s NFTs were sold for $1.99 through the festival’s fanclub, with Tixr using NFT provider Fanaply to fulfill the orders on the back-end, meaning fans merely made the purchase and the provider handled putting it on the actual blockchain.
“For this, I didn’t want to tie it to much more than a really cool piece of art, and to be a collectible,” says Prime Social Group co-founder Adam Lynn, adding that the 1,000 NFTs sold out. “But in the future there’s a lot of potential. It could act as a backstage pass or Breakaway credential. We’re early adopters, and we put it together in a really short window and it turned out really well.”
The talent agencies are getting on board as well, with UTA having an agent in the space already. The agency’s NFT foray omcludes drops for Halsey, who held an auction to sell her first NFT collection, “People Disappear Here” via Nifty Gateway, which launched on March 17. 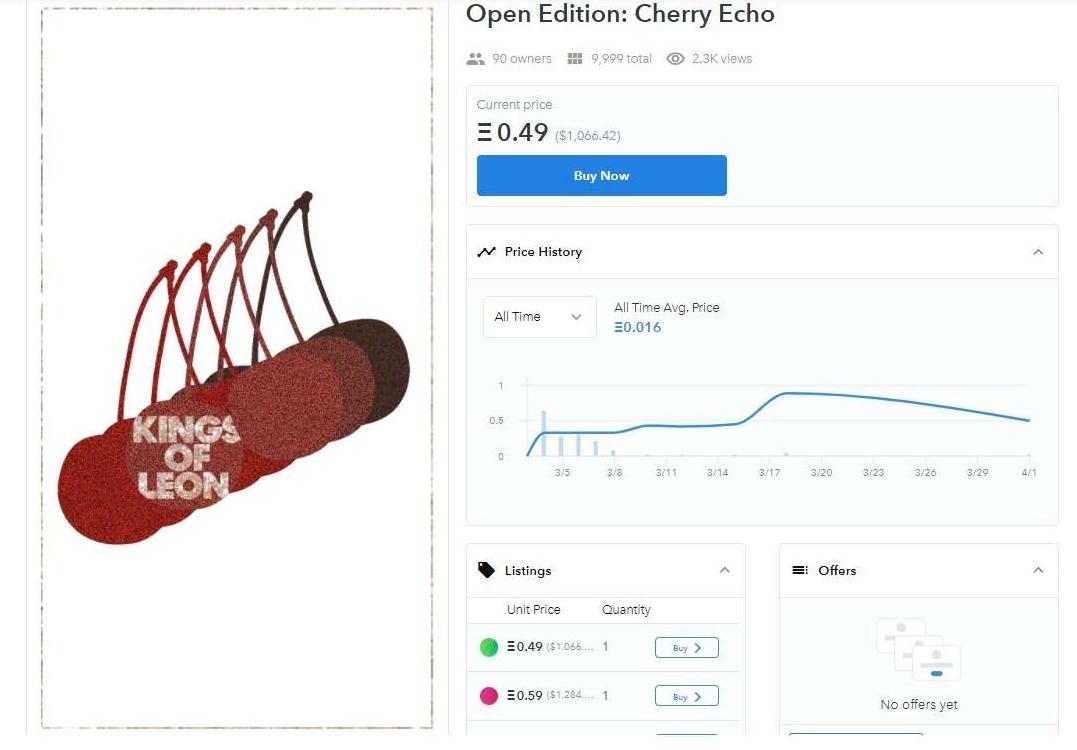 screen shot – Kings Of Crypto?
an example of part of the Kings of Leon NFT drop, which could be bought and sold on the OpenSea marketplace.
“The use cases for NFTs are virtually endless,” said Lesley Silverman, a Digital Assets agent at UTA. “As it relates to concert tickets, right now tickets and perks purchased through NFTs are being delivered to buyers through email and other traditional means of information sharing. I am excited to see who will crack the code on NFT ticketing through blockchain technology, as that will shake things up in the music industry.”
A core idea in the NFT space is that younger generations value ownership but live in a digital world where physical media – and currency – are less desirable or necessary.
“You don’t have to educate the next generation,” says Mendelsohn. “Right now the [crypto] world is sort of intangible and people dont have their heads around it yet. But the dams have been opened and the mainstream will come to the space in the next six months to a year.”