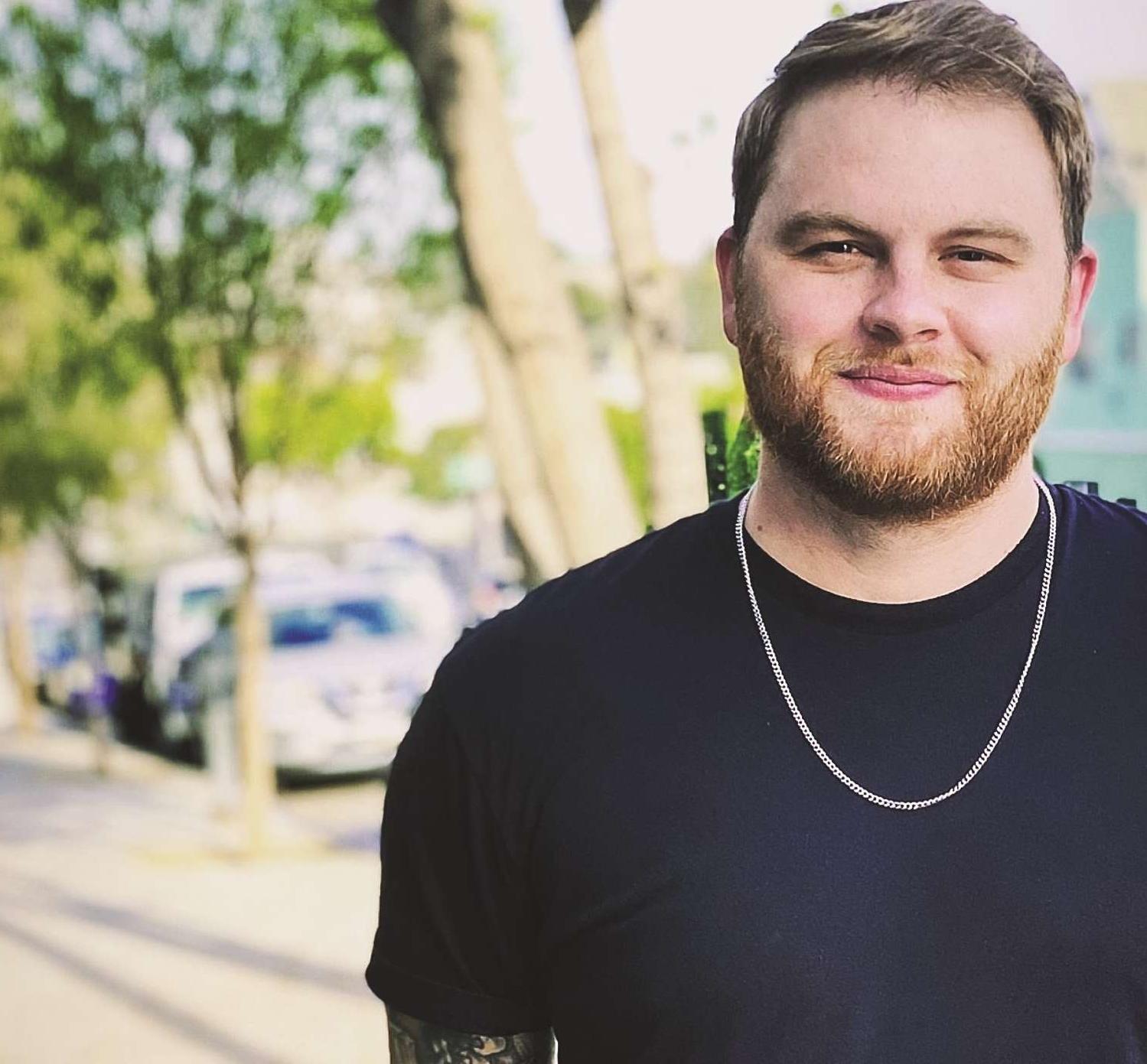 The rigors of life as a working musician  – touring, writing music, recording, doing press and just functioning as a member of society – can be mentally and physically taxing. Often left mostly to fend for themselves on the road, in an environment not always conducive to mental wellbeing, artists sometimes need assistance finding resources and real help in the mental health space. This becomes even more notable during May, mental health awareness month.

Enter The Continuance Foundation, a nonprofit organization started by UTA agent Daniel McCartney – something the one-time guitarist for metal band Gideon says he could have used himself.
“For me, I wanted to start an organization that essentially was centered around what I wish I had access to when I was a musician, some of the resources I wish I had access to when I was touring full-time, always in the studio, neglecting my sleep, drinking a lot – things that are easy to come into while you’re living the lifestyle of a musician,” says McCartney, who joined UTA in 2015 and was promoted to agent in 2019. “The model is pretty simple, I just created what I wish me and some of my friends had.”
The Continuance Foundation’s main function is to pair musicians with licensed therapists and coaches, pay for and arrange the weekly sessions and provide support for artists in need. TCF is partnered with a group called Hey Face It in Los Angeles, which provides therapists experienced in the music and entertainment industry. Artists can confidentially request help and TCF will handle arrangements, make sure artists are attending weekly sessions and provide additional resources and support, including coordinating with venues and promoters.
Started almost a full year ago, McCartney says the timing was good and bad.
“I remember kind of laughing at the time, but absolutely, this was a great time to do it,” says McCartney, whose clients include Clever, DaniLeigh, grandson, Hunny, Phora, Zero 9:36, and Scotty Sire. “Musicians went from full time on the road, always in the studio, to boom – they’re at home now. Not only are they at home, but they’re in the middle of a pandemic and their work ripped away.”
McCartney says the fundraising is on the “scrappy” side, with efforts including a virtual concert series featuring artists like Hunny and YaSi. A new TCF activation is what McCartney refers to as “a corporate webinar” component that seeks to make mental health not only a priority but a requirement. 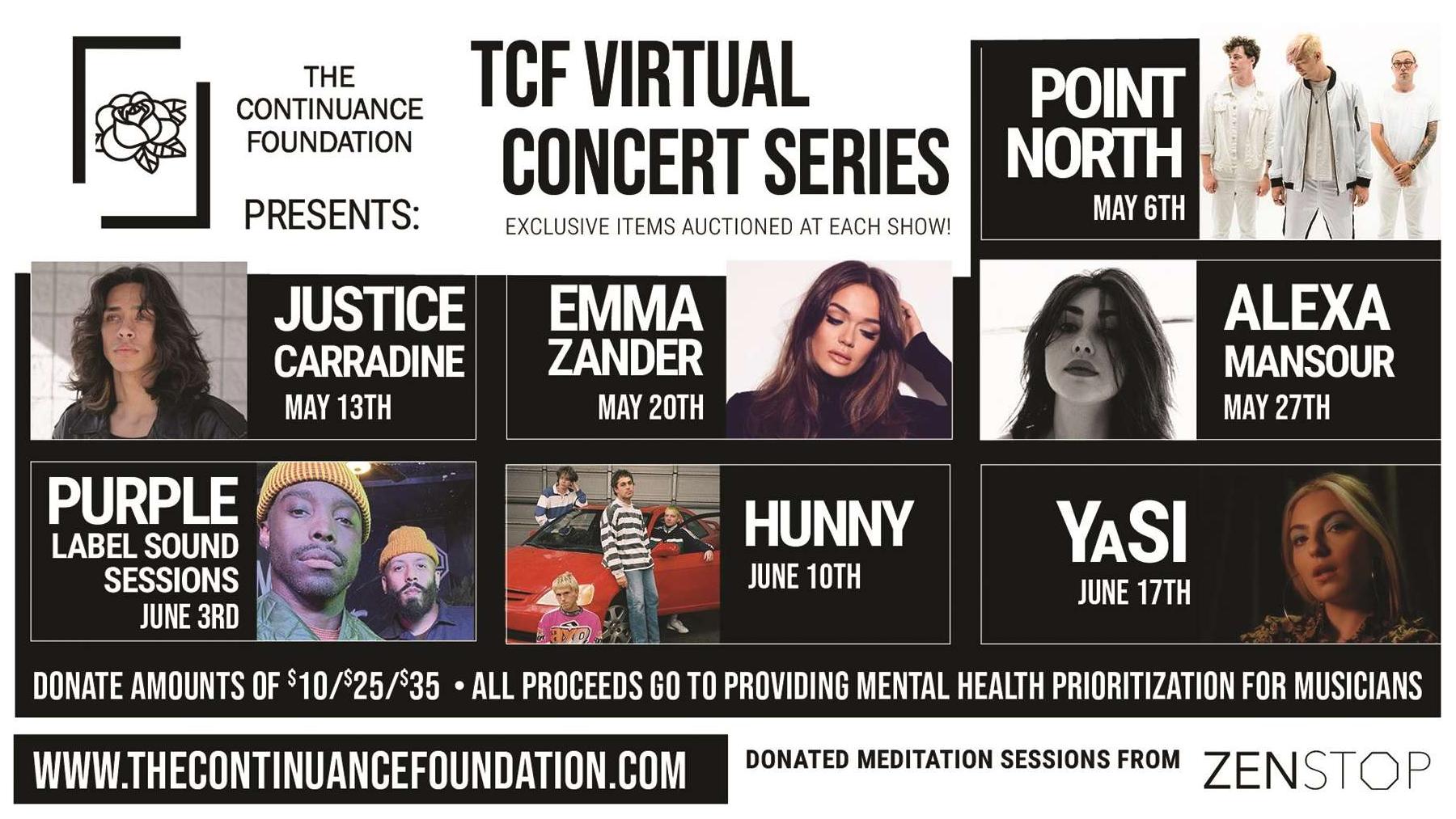 –
“We at TCF want to make sure to keep the music industry accountable, that if you work in the music industry and you work directly with musicians, you should be generally educated on the subject of mental health,” he says. “We want that to be a requirement to deal with artists and musicians and a requirement for companies, that once a year they must educate their employees on the subject not only for themselves, but also to be educated enough to direct their clients to professionals and knowing when to do so.”
TCF has partnered with labels including Pure Noise, Hopeless Records, Epitaph, Fearless Records, Sumerian Records, Sharp Tone and Rise Records, which aid fundraising.
“The support has been great about a year in – and we have a great team at the nonprofit that helps make my ideas come to life,” says McCartney, who added that about 1,000 people in total are involved in TCF on both the client and support side. The future looks bright, McCartney says.
“As the touring stuff comes back, the work of the nonprofit becomes even more important and crucial,” he says. “I’m glad to be back booking shows – it was a wild time during COVID. But I’ve learned a lot during COVID that’s translated to being a better person and agent. All my clients are ready to go. It’s fulfilling to get back there and do what agents do best.” s