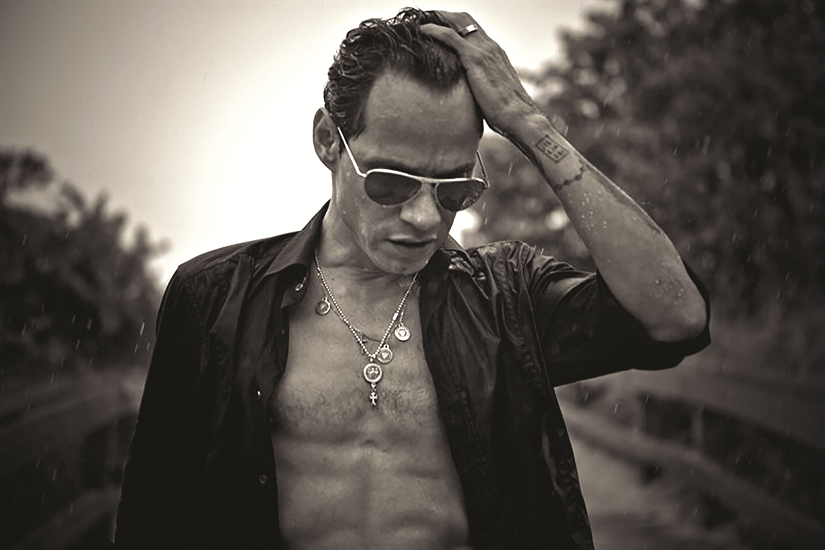 – Vivir Mi Vida
Of all the songs in Marc Anthony’s extensive and award-winning catalogue, he says “Vivir Mi Vida,” his cover of Khaled’s “C’est la Vie” in Arabic and French, released in 2013, was a pivotal one in his journey, giving him the confidence to proceed into the latest stage of his career.
“I hadn’t recorded in something like seven years; I felt inadequate,” Anthony said. “I had these songs, but the business had changed so much, I didn’t want to come across as the old man in the club. I was thinking ‘Do I still have it?’”
Anthony worked on the song with his longtime producer Sergio George, in the period when the artist’s last two releases were the soundtrack for the film “El Cantante” in 2007 and the cover album Iconos in 2010. The process of “Vivir Mi Vida,” began when Anthony played the song for his producer at the artist’s apartment.
“He played me the Arabic-French dance version of that song, and I didn’t know why he played it for me, it was very strange. So I said it was a great song and asked what he was going to do with it,” George said. “It was dance music and the BPM was pretty fast.
“The reason I like that song is because that particular chord structure, those four chords, were very popular in all kinds of pop music, but Marc didn’t ever really have a song with those four chords before, and I had never heard a salsa song with those chords before. I thought, ‘If we could make this work in salsa, it would be a hit.’”
So the idea was discussed and ultimately put on the shelf. Some time later, when Anthony and George were working in the studio, without anything really prepared ahead of time, the band, Anthony and George spontaneously decided to start working out an arrangement for the song. Within 15 minutes, George said, they had figured it out and were playing the version heard on the record.
As the music came together, George said he saw the lightbulb go off in Anthony’s head, who quickly figured out the lyrics and refined the song.
Those lyrics are a modified translation of the original song’s lyrics in Arabic and French, and both versions are a celebration of life and invite the listener to rise above whatever pain they are feeling and live with great joy.
Once the song was released as a single, it became one the biggest hits of Marc Anthony’s career. At publication time, the song had logged more than 1 billion views on YouTube, more than 372 million streams on Spotify and won a Latin Grammy Award in 2013 for Record of the Year.
“‘Vivir Mi Vida’, in particular, really squelched any doubts I might have had,” Anthony said. “That song was like a big hug. It was a big, ‘Welcome back,’ ‘You still got this, don’t be discouraged.’ And when I wrote the lyrics, it was more for me, that message that ‘It’s going to be all right.’ I needed that message more than anybody at that time and, thank God, it worked out.”

READ MORE:
Marc Anthony: One Of Latin Music’s Biggest Superstars Is Ready To Tour Once Again

The Magnate Of Magnus