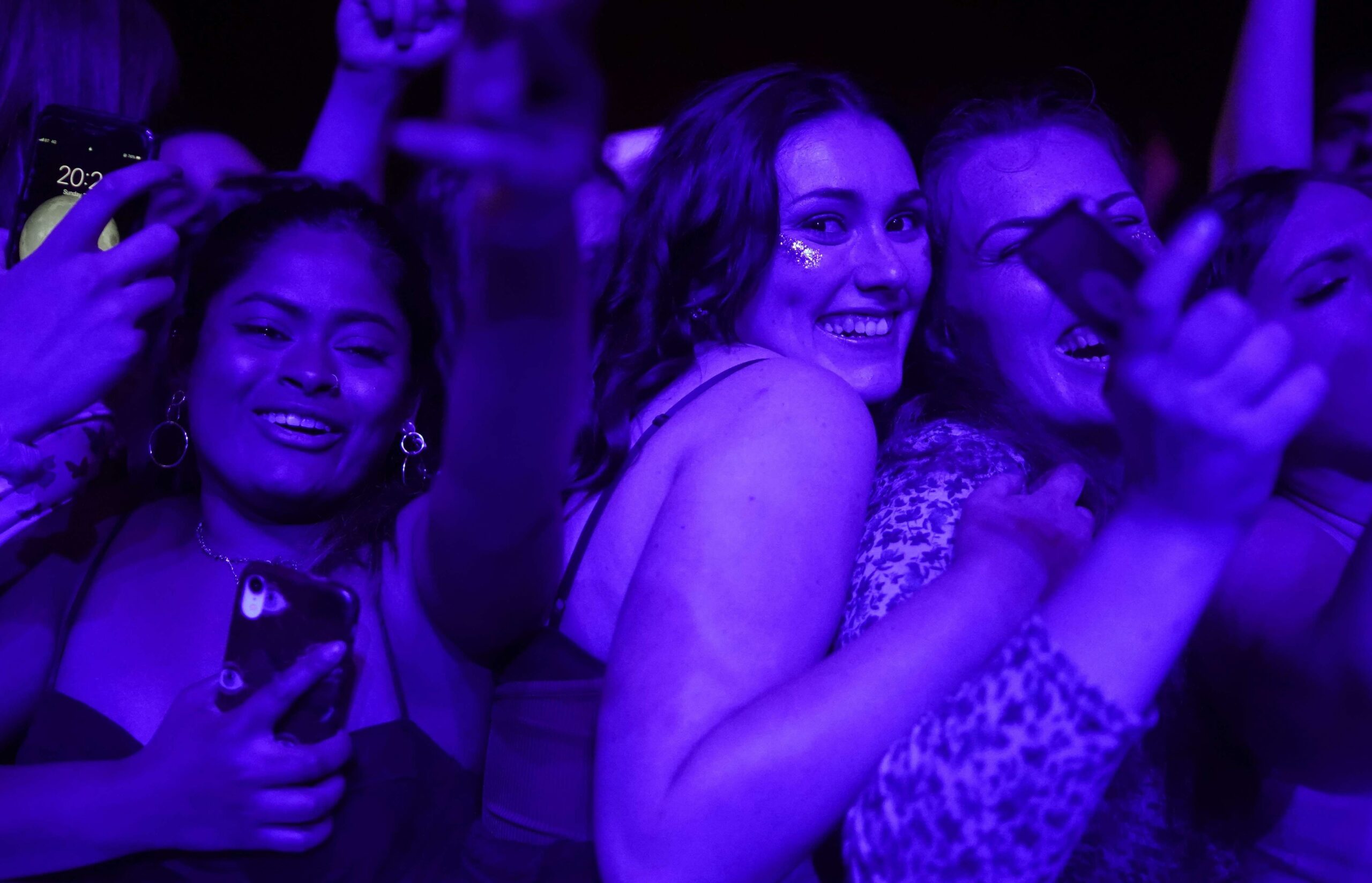 The UK Government has published the initial findings of its Events Research Programme  (ERP), showing that out of 58,000 participants at venues across the country 28 cases of Covid-19 were recorded.

“Of these 28 cases, the report has found 11 cases were identified as potentially infectious at an event, and a further 17 were identified as potentially infected at or around the time of an event,” a report summary states.
The ERP report further details, “Indoor events including Circus nightclub, which hosted nearly 7,000 people over two nights, saw 10 cases recorded. The World Snooker Championship saw six cases recorded from over 10,000 attendees over 17 days. The BRIT Awards, which saw 3,500 people attend the event at London’s O2 Arena, recorded no cases.
“All three pilot events held at Wembley Stadium, which saw a total of almost 30,000 people attend the FA Cup Semi Final, Carabao Cup Final and FA Cup Final combined saw eight cases recorded.
“The ERP’s outdoor festival pilot at Sefton Park, in which over 6,000 people attended saw two cases, with the Reunion 5k run at Kempton Park also recording just two cases from nearly 2,000 attendees.”
These findings conclude the first phase of the ERP. Some Euro 2020 matches at Wembley as well as a Download Festival pilot have been part of the second phase, which is currently being evaluated. Latitude Festival in July, with a full-capacity crowd of some 35,000, has already been confirmed as taking part in the phase three.
See: Latitude Festival To Go Ahead At Full Capacity As Part Of UK’s Events Research
The numbers lead government to conclude, that both indoor and outdoor events carry levels of transmission risk, especially at “pinch points, where attendees may congregate for extended periods,” and particularly inside “large indoor events with high crowd density and proximity and poor ventilation,” adding that “nearly all CO2 levels recorded at the pilot events were within the bounds of reasonable ventilation benchmarks, with outdoor spaces clearly better for ventilation than indoors.”
“Generally high” compliance with “mitigations such as face coverings, ventilation, testing, restrictions on food and drink, and social distancing/capacity caps all contributed to reducing transmission risk.”
The report admits that “low uptake of PCR testing before and after events meant evidence of direct transmission at events was challenging to determine.”
Inside The UK’s Download Festival Pilot With Live Nation’s Andy Copping: ‘We Need This’ 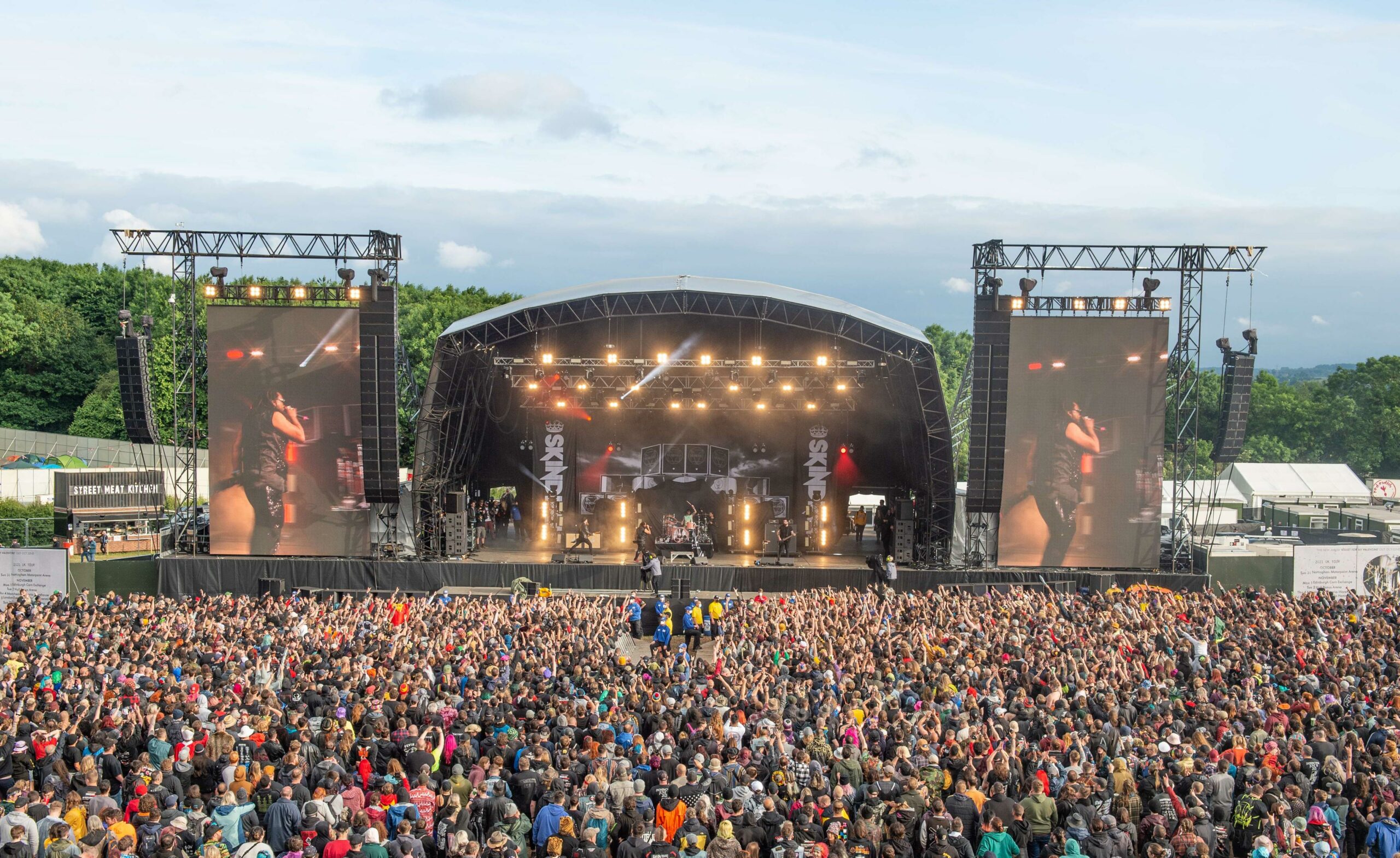 Katja Ogrin/Getty Images – Skindred live on stage at Download PILOT at Donington Park, England, June 20, 2021.
The 10,000 capacity festival was part of the UK’s Events Research Programme, which so far shows no substantial risk of virus transmissions at large-scale live events.

UK culture secretary Oliver Dowden commented: “Our innovative and science led Events Research Programme is helping us to better understand how the risk of transmission at major events can be effectively mitigated.

“The findings and learnings will help event organizers plan for large audiences as we move to Step 4 of the roadmap.”
Step 4 is the final step in the UK’s roadmap out of lockdown, which initially aimed to see all remaining restrictions on social gatherings be lifted by June 21. One week prior to the target date, however, prime minister Boris Johnson pushed the date a further month into the future.
See: UK Government Deals ‘Crippling Blow’ To Live Events Sector By Delaying Reopening
The move was criticized heavily by the country’s live entertainment industry, as was the delay in the publishing of the ERP findings, which led to a group of the country’s live entertainment professionals taking legal action against the UK government.
The country’s festival and venue associations as well as trade bodies have been constantly warning the decision makers about delaying the reopening, withholding the scientific data on the pilots, and lacking any insurance scheme for events that had to cancel due to ongoing restrictions.
Now that the ERP findings confirmed, just like other pilot events across Europe, that live events don’t cause substantial outbreaks, a future perspective for the sector was important, according to Paul Reed, CEO of the UK Association of Independent Festivals (AIF), who added that this conversation couldn’t wait until July 19, and warned against getting stuck “in endless rounds of pilots.”
See: The Results From Spain’s 5,000-Cap Concert Are In (Video)
Reed commented: “We welcome the Government finally publishing the findings of the ERP Phase 1 pilot events. Although wide ranging, in many respects the report tells us what we already know: Most significantly, that there were no substantial outbreaks at these events, with 28 cases across nine events and 58,000 attendees.
“Additionally, outdoor spaces are generally lower risk than indoor, mitigation measures can reduce and manage risk and audiences will comply with pre-event testing and other measures to attend an event.
“Following this positive outcome, what we need now is clear guidance from government on exactly what the expectations are for festivals around testing regimes and other protocols this summer. We are actively engaging with government on this.
“For festivals who are still planning, it is clearly not a conversation that can wait until July 19. We welcome further festival pilot events as an opportunity for the ERP to scale up and develop the knowledge base around reopening safely but we also simply cannot get stuck in endless rounds of pilots. The objective must be to reopen festivals safely with the right mitigations in place at Step 4.”
UK Festival Association Estimates: More Than Half The Country’s Festivals Canceled 2021
Michael Kill, CEO of the UK Night Time Industries Association, commented: “Finally, the Event Research Programme Report that Government has been holding back for weeks has been released!
“Out of the first nine test events, attended by 58,000, only 28 cases were recorded! Only 11 of the 28 were classed as potentially infectious!
“We are being marginalized by a government that has no regard or value for our sector, we have businesses suffering, peoples livelihoods destroyed and youth culture excluded.
“It’s time to give us the certainty that we have been crying out for, and open the night time economy fully, no more excuses.”
Subscribe to Pollstar HERE