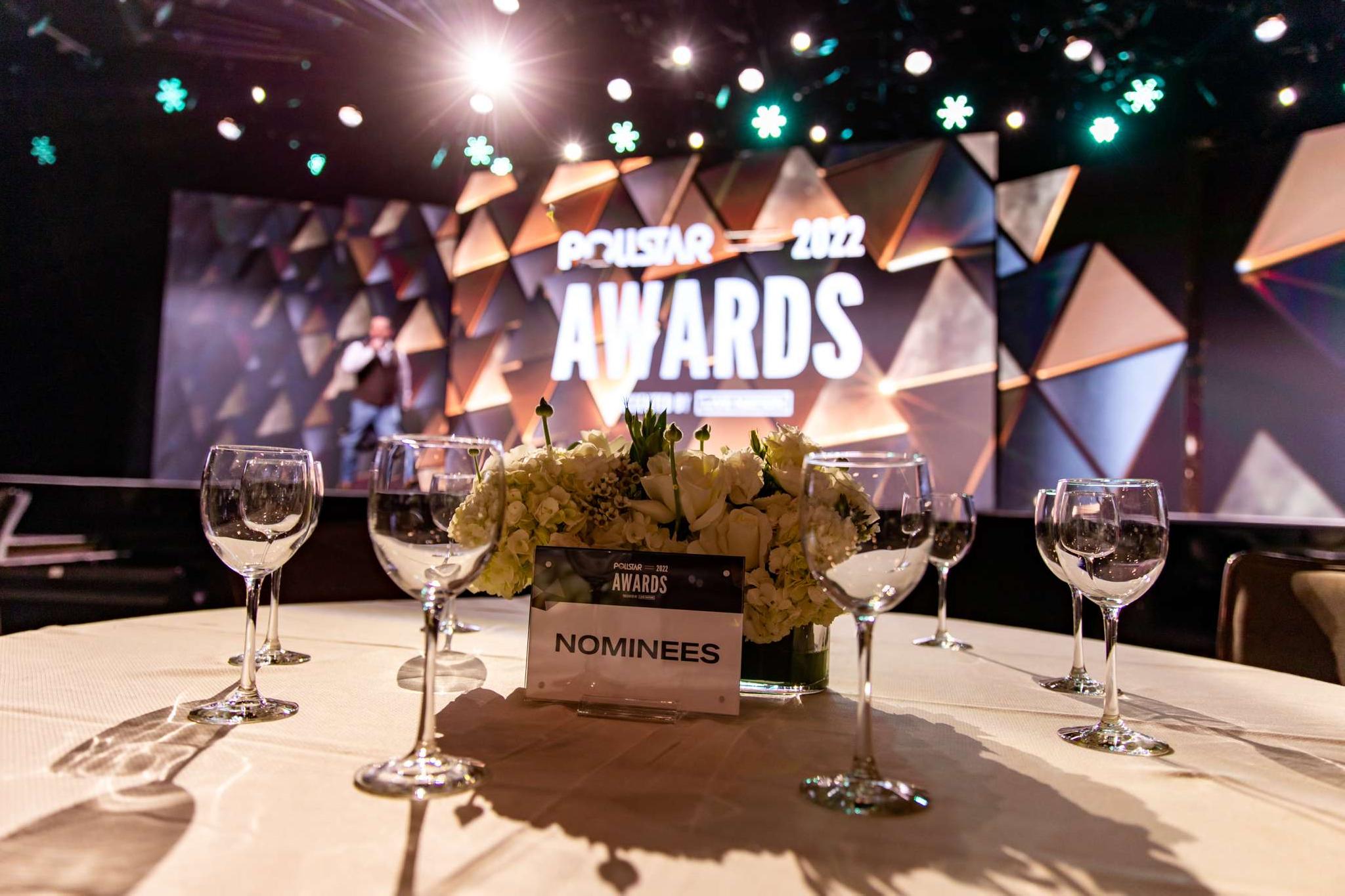 “I loved being back out on the road, and I’m very much looking forward to going out again this year,” Styles said in a video message. “I’d love to say a massive thank you to my band and my crew for everything they did during this tour. Given the circumstances, it was very difficult, and a very different touring environment than everyone was used to.”
Styles’ manager Jeffrey Azoff of Full Stop Management also received recognition in the Personal Manager of the Year category.
“It’s been an absolute pleasure to have watched from afar as you have achieved everything from the comfort of your own home while I toured,” Styles said in another video message to a laughing audience. “Congratulations. I’m very, very happy for you – and you’re welcome.”
Styles was just one of several stars to deliver acceptance speeches by video, including Chris Stapleton (Best Country Tour), Billy Strings (Best New Headliner/Artist Development Story), Enrique Iglesias (on behalf of his and Ricky Martin’s Best Latin Tour win), Adam Levine (for Maroon 5’s win for Best Pop Tour) and Earth, Wind & Fire (Best R&B Tour). Sebastian Maniscalco appeared in person at the event, hosted by Steve Treviño and held once again at Los Angeles’ Beverly Hilton, to accept Comedy Tour of the Year. 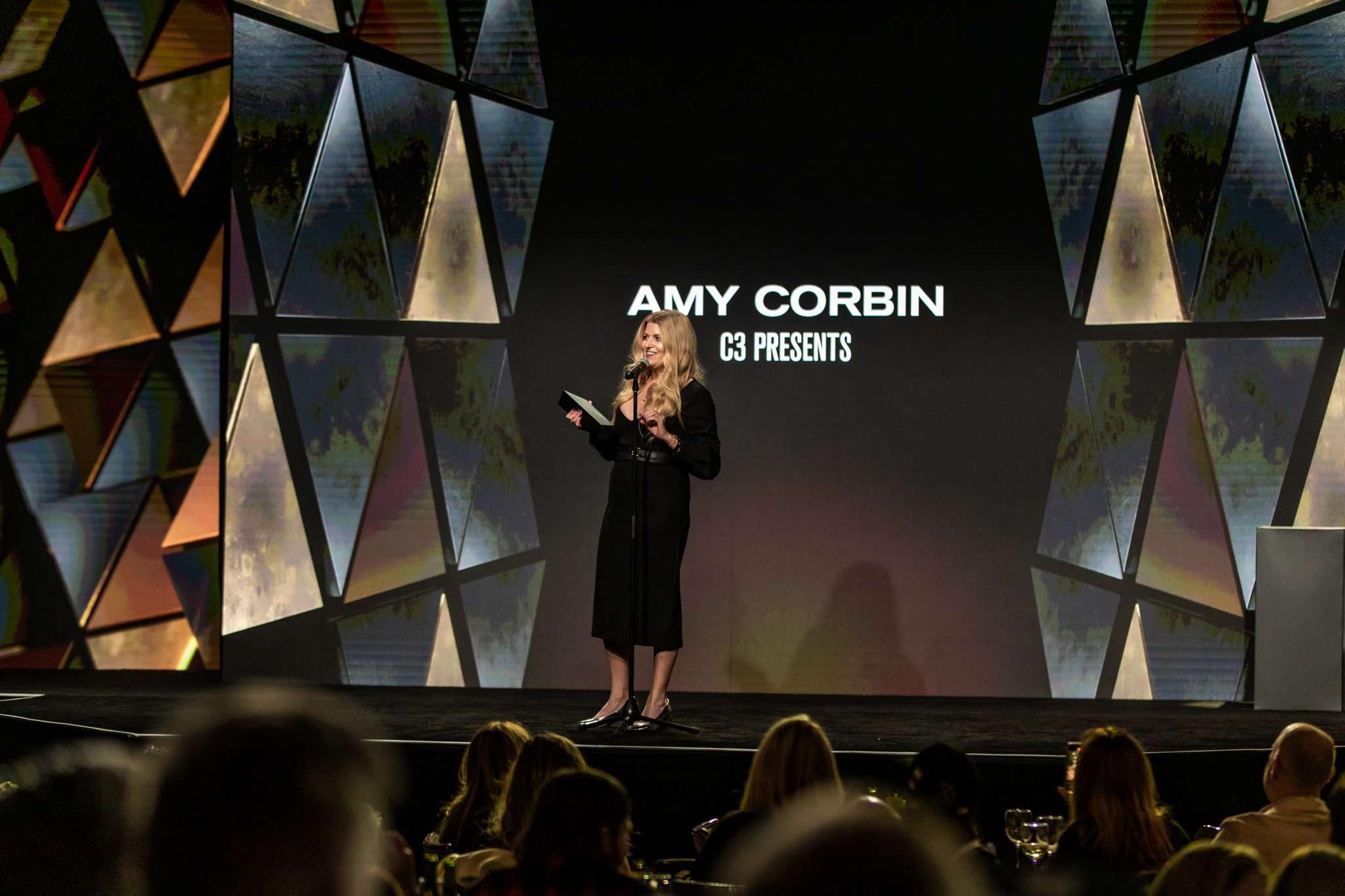 “First and foremost, I want to thank Irving Azoff for getting me Super Bowl tickets this Sunday,” Maniscalco said, turning his acceptance speech into a miniature stand-up set. “I also want to thank Kevin Hart for not touring this year. It’s the only reason I’m up here.”

Other artists and programming honored included J. Cole (Best Hip-Hop Tour), Garbage (Best Support/Special Guest Act, for supporting Alanis Morissette), Lady Gaga (for her Jazz & Piano Las Vegas residency) and Disney On Ice (Best Family, Event or Non-Music Tour of the Year).
While the night had plenty of levity, it periodically turned more somber, as winners reflected on the challenges of the pandemic and other hardships. In accepting Best Concert Visuals for Bandit Lites, Michael Strickland praised the industry’s collective work in passing the Save Our Stages Act relief package – and encouraged those in the audience to continue the fight for additional aid. When High Road Touring took home Independent Booking Agency of the Year, agency head Frank Riley discussed the tremendous accomplishments of the National Independent Venue Association.
Derrick “D-Nice” Jones won the Music Unites Award for his philanthropic work and ongoing Club Quarantine series, and used his speech to provide a detailed account of the pandemic’s immediate impact on the live industry and society at large in March 2020.
And in the most emotional moment of the night, manager Andy Gould paid tribute to late agent Steve Strange of X-ray Touring, who posthumously won International Booking Agent of the Year. An emotional Gould even brought a cutout of Strange onstage with him.
“This guy wasn’t just my friend, he was all of our friends; he wasn’t my agent, he was kind of all of our agent,” Gould said. “I miss him so fucking much, I really do. And I think I speak for everyone in the room: We need more Steve Stranges.”
Other executives to take home individual honors included Bridgestone Arena’s David Kells (Venue Executive of the Year), C3 Presents’ Amy Corbin (Talent Buyer of the Year), Goldenvoice’s Donna Busch (Small Venue Talent Buyer of the Year), Live Nation’s Bob Roux (Bill Graham Award / Promoter of the Year), Marshall Arts’ Barrie Marshall (International Promoter of the Year), Live Nation’s Molly Warren (Rising Star), Ken Helie (Road Warrior of the Year) and CAA’s Alison McGregor (Marketing/PR Executive of the Year). CAA won Booking Agency of the Year. 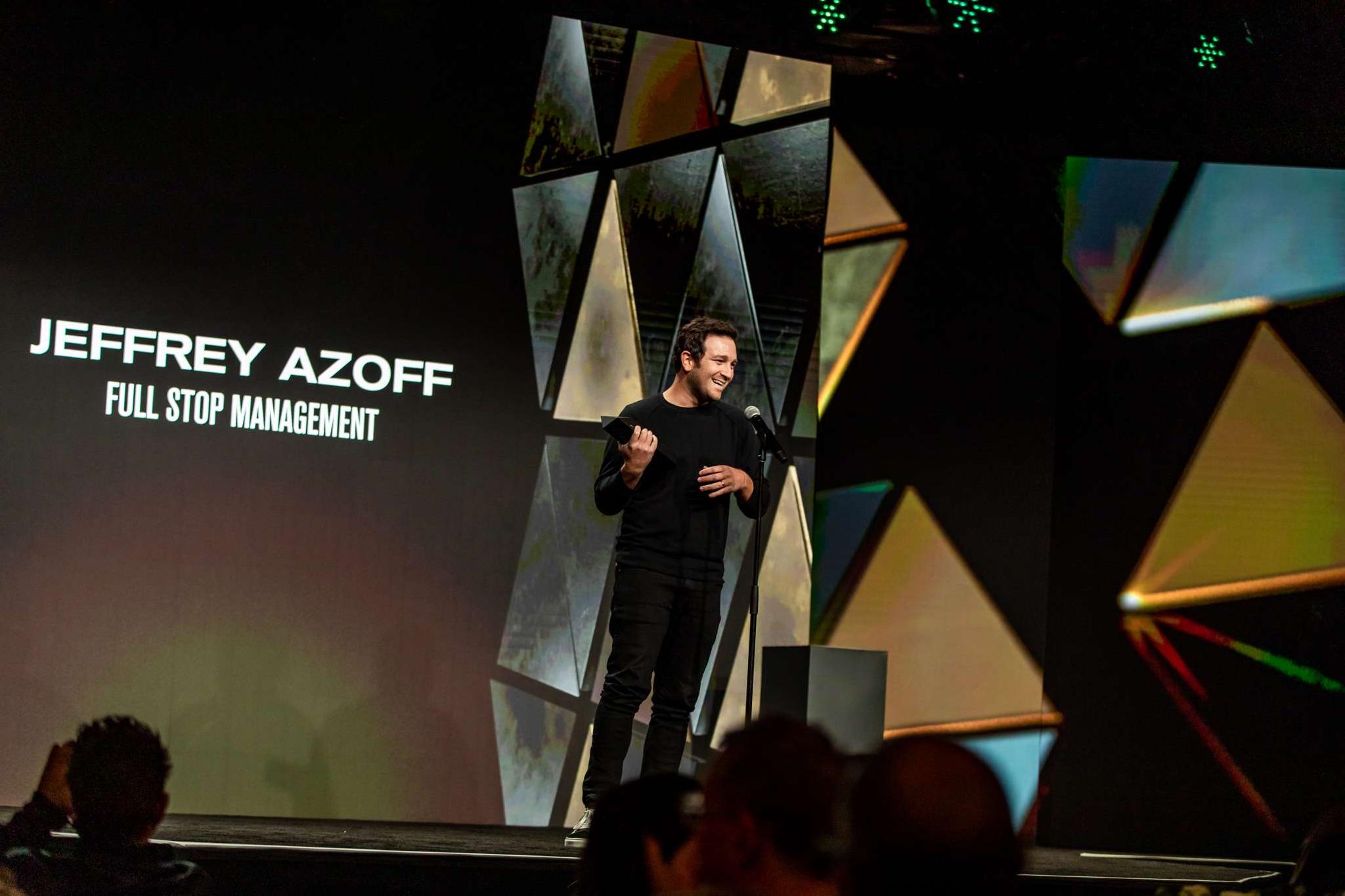