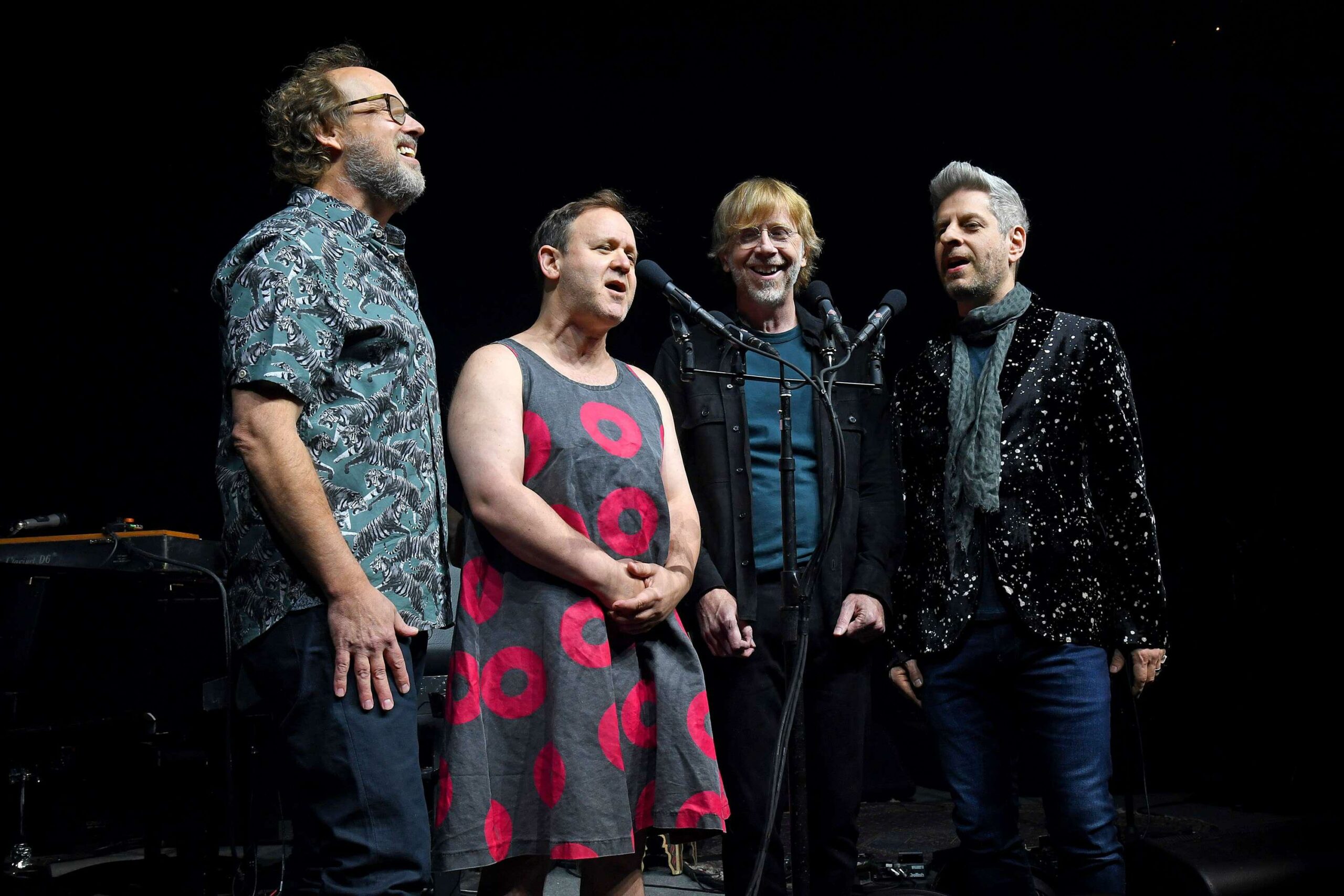 Kevin Mazur / Getty Images for SiriusXM – Jam On
Phish performs at The Met Philadelphia on Dec. 3, 2019.

Legendary jam band Phish announced Tuesday that it will return to the road this summer.

The foursome begins its trek – largely comprised of two- and three-night runs – with three nights at The Wharf Amphitheater in Orange Beach, Ala., May 27-29, and will conclude with its annual Labor Day run at Dick’s Sporting Goods Park in Commerce City, Colo., this year expanded to four nights, Sept. 1-4.

After a two shows at Credit One Stadium in Charleston, S.C., May 31 and June 1, and three gigs at Ruoff Music Center in Noblesville, Ind., June 3-5, Phish will break until mid-July, when it will resume its summer touring with two nights at Xfinity Center in Mansfield, Mass., July 14-15.

Other stops on the band’s tour include two nights at Merriweather Post Pavilion in Columbia, Md., July 30-31, and three-show runs at Atlantic City Beach in Altantic City, N.J. (Aug. 5-7) and at Alpine Valley Music Theatre in East Troy, Wis. (Aug. 12-14)

The dates revealed Tuesday will follow two Phish runs already on the books in early 2022. First, the band heads south of the border for its Mexican destination festival, where it will stage four shows in Cancún, Feb. 24-27. Then, the band will play four Madison Square Garden shows, April 20-23, which were rescheduled from New Year’s due to the surge in coronavirus cases caused by the Omicron variant.

In 2021, Phish returned to the road with an expectedly strong showing, ranking No. 9 on Pollstar’s year-end worldwide touring chart with $44.4 million grossed. The band’s three-show Atlantic City run, which took place Aug. 13-15, netted $8.4 million, making it the 13th highest-grossing box office report shared with Pollstar for the year – and the highest-grossing report posted by a band not named The Rolling Stones, Los Bukis or The Eagles.

The band’s 2022 routing also will bring it back to several longtime haunts, including Alpine Valley Music Theatre and Merriweather Post Pavilion, for the first time since the pandemic.

Phish has appeared on Pollstar’s year-end worldwide touring chart since it reunited in 2009, grossing $405.9 million over that period.

Phish frontman Trey Anastasio appeared on Pollstar‘s cover in January 2021 in association with The Beacon Jams, his eight-show livestreamed residency at New York’s Beacon Theatre in late 2020 that raised more than $1 million for charity. (Due in part to her role in Phish’s ongoing charitable efforts, Phish Inc. general manager Beth Montuori Rowles appeared on Pollstar’s Women of Live list in spring 2021.)

A ticket request period for Phish’s upcoming tour is underway through Feb. 25 at 12 p.m. ET, with remaining tickets going onsale to the general public March 4 at 10 a.m. ET.