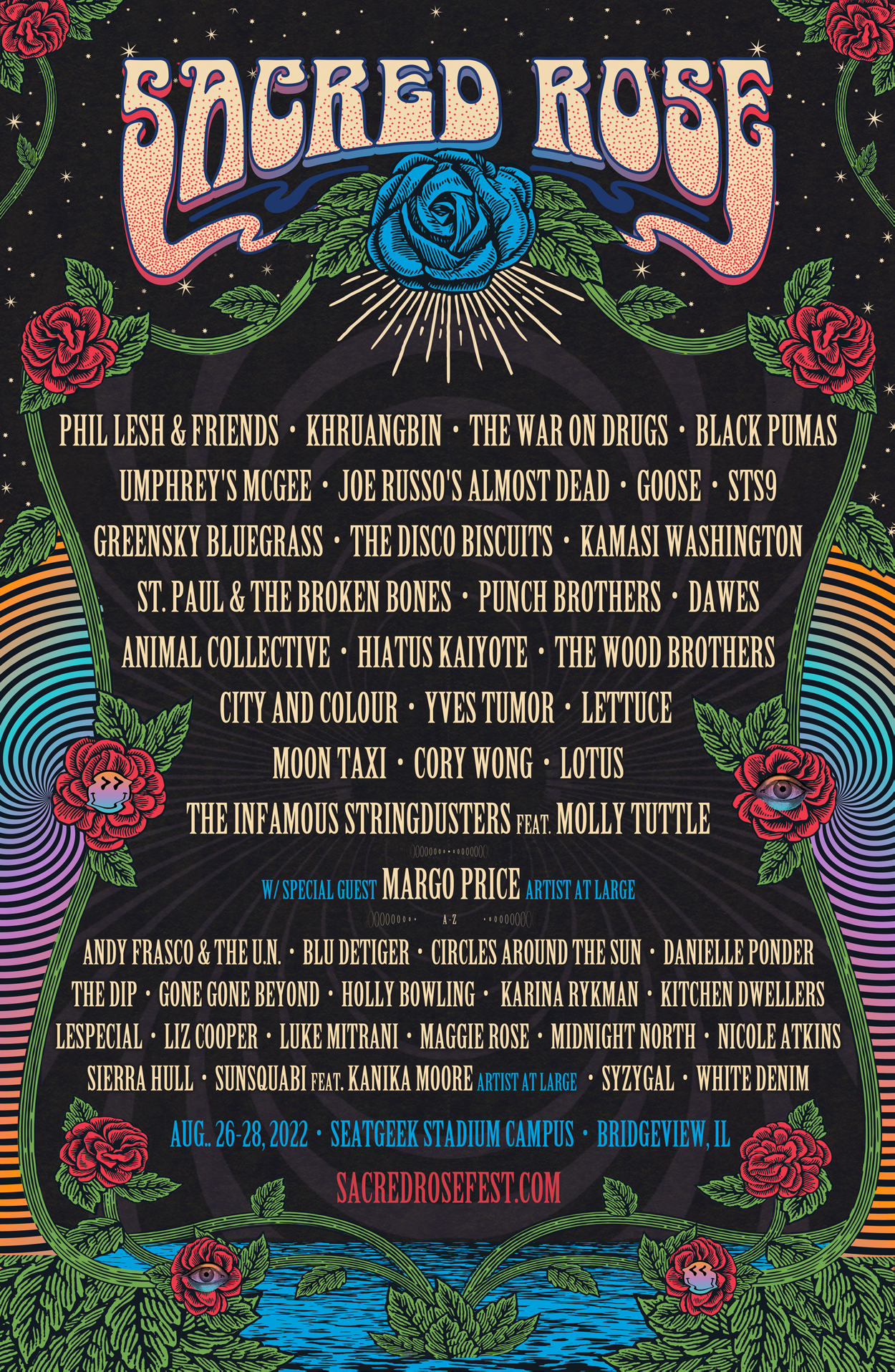 Sacred Rose will descend on SeatGeek Stadium, located just southwest of Chicago in Bridgeview, Ill., Aug. 26-28 with a lineup topped by Phil Lesh & Friends, Khruangbin, The War On Drugs and Black Pumas.

Country singer-songwriter Margo Price is billed as special guest and “artist at large” for the festival.

“In 2018, when we shifted North Coast from a multi-genre festival to a fully electronic music event, we started dreaming up Sacred Rose and what it could mean for fans of Americana, psych-rock, jam, indie, soul, funk and bluegrass,” Sacred Rose founder Michael Berg said in a statement. “Sacred Rose is the first festival of its kind in our area, and we’re so proud to deliver a special experience for our fans who have been patiently waiting for a lineup like this for a long time.”

As partner at Collectiv Presents and co-founder of Florida fest Suwannee Hulaween, Berg has deep expertise in the festival sector. (For more about Berg, revisit Pollstar‘s October 2021 interview with the promoter.)