This year’s Super Bowl halftime show was the most-watched in five years, with more than 200 million viewers tuning in – the first time in the show’s history. The Jay-Z-owned entertainment company, Roc Nation, put on the ultimate party with Snoop Dogg, Kendrick Lamar, Dr. Dre, Mary J. Blige, 50 Cent, and Eminem all taking to the halftime stage. 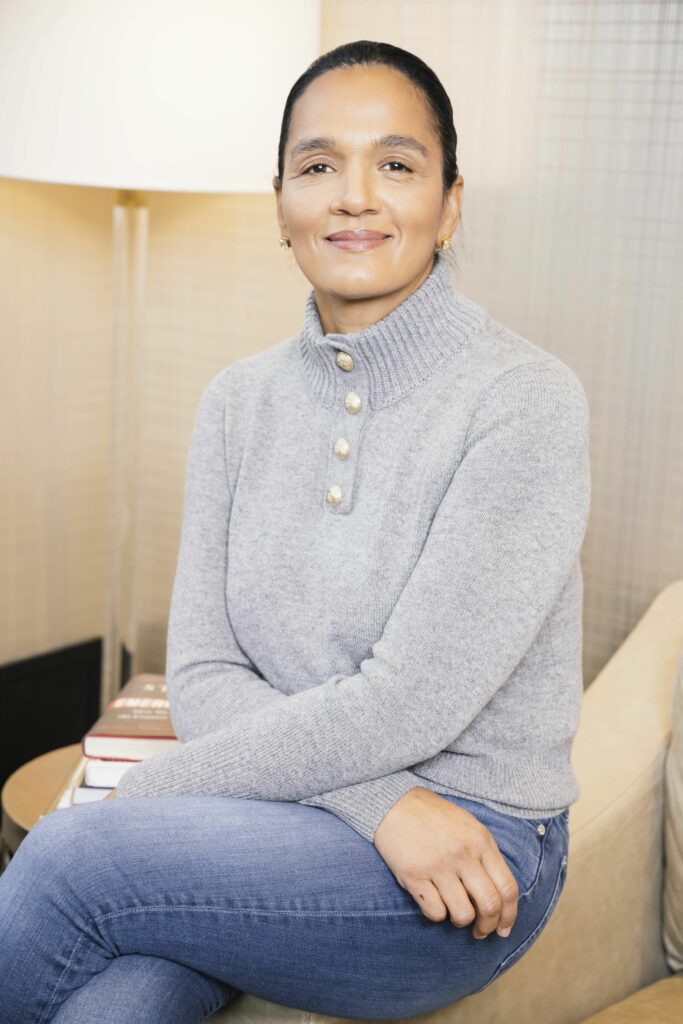 Without the company’s CEO, Desiree Perez, none of that would have happened. Perez is continuing to make Roc Nation a premiere staple in the entertainment business as well as a philanthropic force to be reckoned with.

“The world was beginning to open, music lovers wanted live events,” Perez said. “However, our number one priority is the safety of the festival attendees. We knew we could host a full capacity festival if done properly and conscientiously. We engaged Dr. Farber to be our health adviser and run our on-site testing facility. We utilized the CLEAR app for advance uploads of negative tests. We hosted over 50,000 attendees a day without an outbreak. Made In America proved that the live event industry can thrive and be back at full capacity with common-sense measures.”

Since Roc Nation was first established, it has worked to promote diversity within the music industry. Perez continues to work towards addressing inequality within the industry and how steps can be taken to achieve more equal representation.

“Roc Nation’s staff is representative of the diversity of talent and creativity of the entertainment industry,” Perez said. “As a minority-owned business, we know the importance of representation in every room. I would like to see more production companies employing and training more women, ethnicities and races, in all production departments. I hope all production, management, record and touring companies create more points of entry.”

Next year will see Roc Nation continuing to hit the road and make a difference.