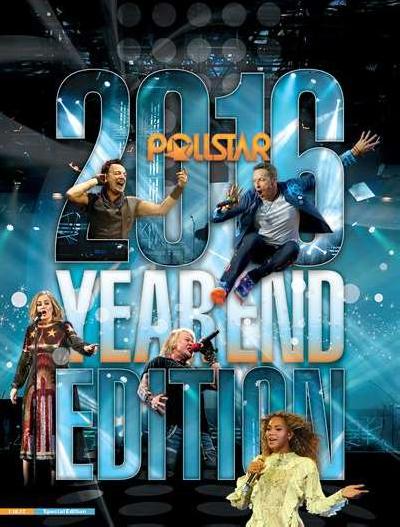 The best metric for determining an artist’s true popularity is their ability to sell tickets for a live performance.

There was a time when radio airplay and recorded music sales were the best measure of who is hot, but today’s world of fragmented music consumption also includes on-demand audio or video streams, commercials, video games, and fashion shows.

Artists’ ability to pay their mortgages now relies predominately on touring revenues generated from ticket and merchandise sales. While recorded music revenues have been in steady decline, live music dollars continue to grow despite sharp increases in ticket prices.

The total tickets sold was 60.49 million, up from last year’s 59.78 million but still below the record 63.34 million sold in 2013. The Worldwide and North American Tour charts include estimates for any unreported concert dates.

The Pollstar database includes a record $9 billion in detailed 2016 concert grosses. In most cases projections are only a small part of the total data set. Only 16% of the Top 100 worldwide tour dates required estimates.

Bruce Springsteen & The E Street Band did the year’s biggest tour with a career best $268.3 million in sales on 2.4 million tickets.

Beyoncé finished second at $256.2 million worldwide and 2.2 million tickets sold but was No. 1 in North America with a gross of $169.4 million. Coldplay came in third at $241 million but sold an industry leading 2.7 million tickets.

Ticket prices continue to increase as the $100+ average ticket price becomes less of a rarity with 20 acts hitting that level. In today’s world it takes a $200+ average price to get attention. Barbra Streisand was no surprise at $260.20 a ticket but Madonna at $216.01 and Jennifer Lopez at $206.69 definitely stretched the consumer’s wallet.

Desert Trip set a new world single-event record with a staggering gross of $160.1 million from the twin weekend bill of The Rolling Stones, Paul McCartney, Roger Waters, Bob Dylan, The Who, and Neil Young.

$399 to $1,599 for an event that clearly catered to an older, more affluent crowd. Add in all the ancillary revenue streams and the real event gross could be north of $200 million. 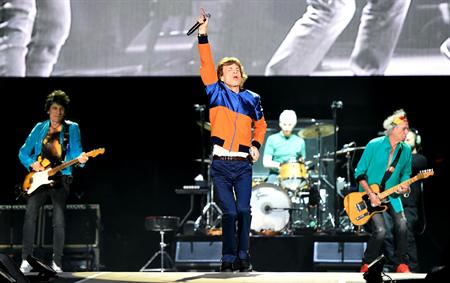 The Springsteen stadium juggernaut produced the largest single-act concert gross of the year with $18.2 million from a three-show run in August at

On a global basis, top honors went to Coldplay’s massive $29.7 million gross from four shows in June at